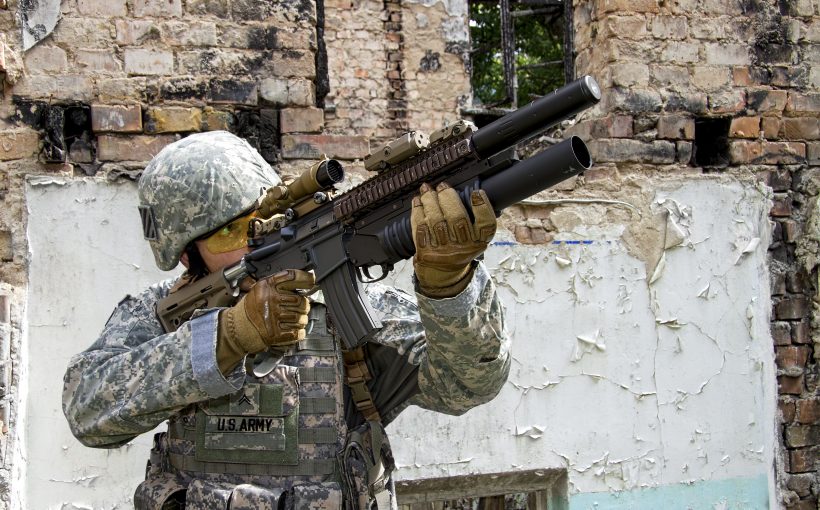 US Department of Defense (DoD) spending on C-UAS systems (including options) has reached USD 1.5 billion this year (January-November); of this USD 1.31 billion has been itemised and USD 188 estimated for purchases where the value has not been made public. This is a huge rise on the approximately USD 200 million spent by the DoD in the previous 18 months. While up to USD 942 million of this is dedicated to a single contract – the US Navy requirement for two high power laser weapons – this still represents a threefold increase on purchasing C-UAS systems in 2018 over 2017. And the year is not yet over. The figures are part of a market survey of C-UAS companies, companies and products carried out by Unmanned Airspace at the end of October 2018. As part of the survey, the Directory of C-UAS companies (https://www.unmannedairspace.info/counter-uas-industry-directory/) has been updated and now contains 170 companies and 243 products.

While the USA has been by far the largest spender on C-UAS products, Russia has taken second place following the introduction in 2018 of several nationwide C-UAS protection programmes which have helped (along with the conflict in Syria) increase the number and capability of Russian C-UAS systems (see Russia “implements C-UAS shield around all major cities” and  Russia “to introduce measures to protect airports from drone incursions” ). Mass production of the Pishal range of anti-drone guns will start in 2019, according to Russian press agency reports, and will be supplied to various Russian law enforcement and military units throughout the country.

Since the last survey of the market in September 2017 (Special report – Counter-UAS spending now one of the fastest growing US Department of Defense budget items) both the number of suppliers and the diversity of their offerings has rapidly mushroomed for all sectors of the market  – defence, police/homeland security and events protection. If 2016 and 2017 were marked by a handful of companies developing immediate solutions to the problem of defending battlefield troops against attacks from weaponised commercial drones, 2018 has been noticeable for the development of new concepts to address new market drivers:

While the military market is buoyant globally, the civil market, especially in the USA, has been held back by continuing uncertainties over conflicting national and local government rules concerning when it is lawful to shoot down drones and concerns about interference with nearby communications. A handful of C-UAS systems have gone on trial at airports in the USA and Europe but it is likely to be another 12-18 months before this market begins to emerge for global competitive tendering. While the number of manufacturers has doubled over the past 12 months it is likely that continuing delays to opening up commercial markets will start to see this number decrease in 2019, as investment funds start to dry up. The last 18 months has also seen a mushrooming in partnerships between detection companies, command-and-control/software developers and mitigation system providers – this process is likely to accelerate over the next 18 months as niche suppliers in these three domains will, in general, be able to develop more reliable, accurate and faster solutions than suppliers who offer an integrated defence capability in all three domains.

For more information on the C-UAS market survey and requests for inclusion/amendments in the C-UAS directory please contact the editor Philip@unmannedairspace.info.