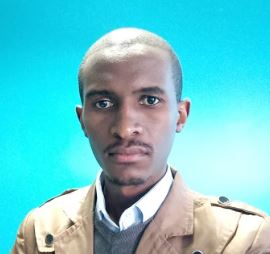 Perhaps you could describe the reasons behind developing your UTM concept, its broad outline and how it has been received by the relevant aviation authorities?

Our UTM Concept for Africa was created to help solve UAV traffic in Africa while overcoming the infrastructural and communication challenges in the continent.  We felt that Africa was being left out as the world progresses to create UTM solutions and in a bid to advocate for inclusivity, we got inspired to come up with something for Africa in Africa.

Winning the 2017 IATA Air Cargo Innovation Award added more fuel to our course and we will see it to completion.

Our UTM seeks to provide safe UAV operations by creating virtual highways and routes for drones of different sizes and missions to safely operate while providing pilots with information such as airspace restrictions, NOTAMs and weather.  Most importantly, its ultimate objective is to be integrated into the national airspace and provide better oversight for regulators to facilitate ease of growing the UAV industry.

Most recently we have presented the UTM at the East African Civil Aviation Safety and Security Oversight Agency (CASSOA 2018). It has sparked debate and general awareness of its features and capabilities across East Africa. We have also had interest from Malawi. We have also presented our idea in South Africa, Morocco, Kenya and Barcelona at the IATA DronesLab.

We have also entered into talks with two big global companies to help us leverage AI, big data, manned aviation traffic inclusion and architecture of the UTM platform. We will announce the details soon.

What are the key technologies you envisage for communication, surveillance/identification?

Initially we are rolling out a Low Altitude Authorization and Notification Capability (LAANC) version of the UTM. The low altitude authorizations will integrate drone registrations with the Kenya Civil Aviation Authority (KCAA), handle licensing of pilots and most importantly perform airspace authorisation for drone missions. The application will enable pilots to reserve airspace and interact with maps to know geo-fenced areas, obstacles/terrain and other drone activities. KCAA and relevant airport authorities will then be able to approve the applied flight plans.

As we iterate the LAANC, we are in prototyping/experimental phase with using GSM technology for live tracking and the second technology we are going to test in the coming months is LORA.

Again, the biggest challenge is always with small drones and how to track them. If regulators would enforce manufacturers to provide real time data of the drone location to any UTM, then the problem would pretty much be solved.

How have trials gone with the UTM concept? Who are likely to be the first adopters?

We plan to carry out our first trial in Q2 this year in a pilot project that we are doing with Kenyan Postal Corporation in drone deliveries. We shall use the UTM to schedule, monitor UAV flights, do flight plans, contingencies and get approvals from the Civil Aviation Authoriy. Potential first adopters will be entities (individuals and companies) that incorporate UAVs for commercial activities. This could be in freighting, e-commerce deliveries, industrial inspections, media activities, etc. We shall also incorporate our UTM in our RPAS Training Academy training. This will ensure our students are acclimatized to using the platform and incorporate it in their future operations

What are the key challenges/opportunities to developing drone operations and UTM systems in Africa?

In terms of challenges there is the issue of slow adoption/creation of regulatory framework by various African countries. This is coupled with potential of many drones operation in the African airspace holds back governments in regards to authorizations and licensing

Then there’s the novelty challenge – being the first to implement the technology means that we perform the ground work of experimenting with the technology and its applicability in Africa, taking the failures along with the successes. However, we have found that UAV applications in Kenya are immense and Kenyans have a great interest in the industry. This is the reason why the industry is growing fast.

There are regulatory issues. Currently, costs of importing and registering a UAV in Kenya are quite high (costs may reach USD700 for both services even for a basic DJI Phantom). This is may have the effect of discouraging people interested in joining the industry.

Then there’s the challenge of acceptance – UAVs are generally perceived as instruments of warfare and illegal surveillance. We strive to ensure that people understand that under our operations, we uphold the responsibility to ONLY carry out legal, safe and ethical operations with our UAV’s. We also promote and demand the same from fellow UAV operators, to ensure we maintain a safe airspace.

In terms of opportunities Africa is vast. In perspective, you can fit US, Western Europe, Japan, China and India into Africa. About 62% of the 1.2 billion population live in rural areas. Such areas have poor infrastructure and we aim to connect such population to markets, supply chains and towns using cargo drones.

We have also seen major interests in drone use in agriculture since most countries know Sub-Saharan Africa are primarily agriculture-based economies as well as use of drone language in infrastructural inspections. This is due to the fact that Africa is one of the fastest growing continents and she is investing a lot in infrastructural projects

The Kenyan RPAS regulations were promulgated in November 2017. This was a major stepping stone in carrying out drone operations in Kenya, as it gave a framework for standardizing and implementing UAV technology.

The Kenyan government has put out their four development pillars for this particular term. These are in Housing, Food security, Manufacturing and Healthcare. All of these different sectors can implement UAV technology for more effective processes. Therefore the opportunities for UAV application are great, especially in Kenya. Once we have proven this concept in Kenya, we can then scale up to different other countries in Africa.

What has been your company’s experience in flying beyond-line-of-sight (BVLOS) delivery drone operations in Africa? When did you start, what drones are you using (payload capability/range), what has been the most complex operation performed so far?

We are beginning with flight tests this year in Kenya.

Currently, the Kenyan RPAS regulations do not allow flying beyond visual line of sight, unless under special authorization. That being said, Astral Aerial Solutions has fulfilled requirements for the same and we are set to test our large Cargo UAV, The Flyox, in Kenya later this year. Currently, the Flyox has been used for firefighting in Indonesia and has performed testing in West Africa as well as Iceland.

When will the Flyox SA 03 be available for operational services? What is its payload/range capability?

We received the first approval in Kenya to test the Flyox. The testing period will be for a duration of 6 months and it is mainly for high altitude testing and involving the civil aviation and security agencies in oversight and knowing how our future operations will look like. After that, the Flyox shall be available for operation.  The Flyox has a payload capability of 2,000 Kg, and a range of 1,200 Km. It also has amphibious capabilities where it can land on both land (paved or unpaved runways) as well as water. This makes it suitable for use in Africa, where we have some hard to reach areas owing to poorly developed infrastructure.