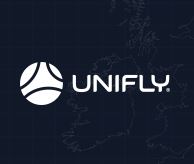 UTM platform provider Unifly has announced a number of senior executives have accepted positions on the Advisory board of the company..

John Walker is Senior Partner at the Padina Group and former Director of Airspace Management at the FAA.