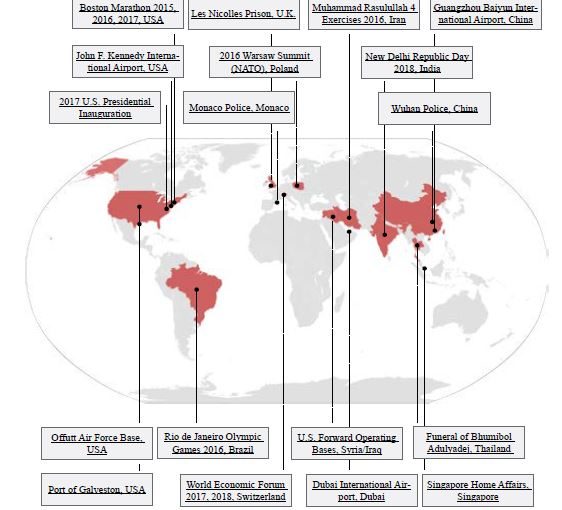 The Centre for the Study of the Drone (http://dronecenter.bard.edu/publications/counter-drone-systems/) has published a new study on the counter drone market which lists at least 235 counter-drone products either on the market or under active development from 155 companies.

“The expansion of the sector in the roughly five years since counter-drone systems first appeared on the market has been stratospheric,” said the report. “In a market survey conducted in 2015, researchers at the Sandia National Laboratories identified just 10 dedicated counter-drone systems available for acquisition. Today, less than three years later, we have tallied over 200 systems on the market.”

One of the report’s more important conclusions was: “At present, there are no commercially available C-UAS systems that are capable of differentiating between peaceful and malicious drone use. In the military domain, this could also be an issue—a C-UAS system that cannot tell the difference between allied and adversary unmanned aircraft could accidentally shoot down friendly drones.”

Picture: The Centre for Study of the Drone – where C-UAS systems have been deployed in recent years