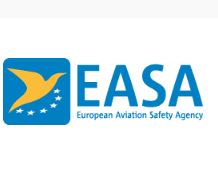 The European Aviation Safety Agency (EASA) has published the first formal Opinion on safe operations for small drones in Europe (https://www.easa.europa.eu/document-library/opinions/opinion-012018). The Opinion will serve as a basis for the European Commission to adopt concrete regulatory proposals later in the year. A first meeting chaired by the European Commission to discuss this Opinion with the EU Member States already took place on 21 February 2018.

Patrick Ky, EASA Executive Director said: “This regulation will enable the free circulation of drones and a level playing field within the European Union, while also respecting the privacy and security of EU citizens, and allowing the drone industry to remain agile, to innovate and continue to grow”.

According to EASA, the Opinion comes up with an innovative way of regulating, where the rules are kept as simple as possible with a strong focus on the particular risk of the operation: flying the same drone over a city center or over the sea entails a completely different risk. The Opinion also breaks new ground by combining product legislation and aviation legislation: design requirements for small drones (up to 25kg) will be implemented by using the well-known CE (“Conformité Européenne”) marking for products brought on the market in Europe.

The objective of this Opinion is to create a new regulatory framework that defines measures to mitigate the risk of operations in the:

“The proposed regulations will provide flexibility to Member States (MSs), mainly by allowing them to create zones within their territories where the use of UAS would be prohibited, limited or, in contrast, facilitated,” says the organisation. “Pursuant to the new Basic Regulation, market product legislation (CE marking) ensures compliance with the technical requirements for mass-produced UAS operated in the ‘open’ category. Two acts are proposed that follow different adoption procedures, as defined by the new Basic Regulation: a delegated act that defines the conditions for making UAS available on the market and the conditions for UAS operations conducted by a third-country operator, and an implementing rule that defines the conditions to operate UAS and the conditions for registration. The proposed regulatory framework is expected to increase the level of safety of UAS operations, to harmonise legislation among the EU MSs, and to create an EU market that will reduce the cost of UAS and allow cross-border operations.”