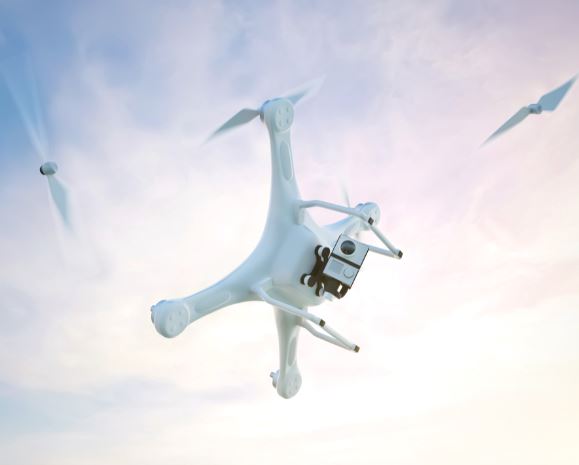 The global anti-drone market size is anticipated to reach USD 1.85 billion by 2024, according to a new report by Grand View Research, Inc., (https://www.grandviewresearch.com/press-release/global-anti-drone-market)

registering a 24.1% CAGR during the forecast period. Rising incidences of security violation by unauthorized UAVs and increased acts of terror and nefarious activities worldwide has primarily driven market growth.

According to the publishers: “Sharp rise in adoption of UAVs for leisure and professional applications has augmented personal as well as government concerns regarding aerial attacks. Rising threats of aerial attacks have opened up substantial new market opportunities for the evolution of counter-UAV measures. Various commercial establishments and public safety departments worldwide are increasingly deploying counter-UAV measures to address the ever-growing need for security….Detection and disruption of Low, Slow, and Small (LSS) drones is rapidly becoming a critical factor for effective maintenance of security. Recreational and nano drones are progressively becoming sophisticated, resulting in the emergence of diverse new threats that need to be optimally dealt with by physical security systems of the future.

“On the down side, high cost of technology and stringent federal enforcement are expected to challenge the adoption and usage of counter UAV measures over the forecast period. In the first quarter of 2016, during a wildfire in Southern California, multiple drones kept firefighters grounded by interfering in their operations. Immediately after that, the state senator introduced a new bill permitting firefighters to take down UAVs that were or might interfere with rescue operations.”

Military and defence is expected to emerge as the largest end-use segment over the forecast period due to increase in R&D activities by defence prime contractors; the market for anti-drone systems in military and defence applications is expected to cross USD 900 million by 2024. Asia Pacific is anticipated to witness a CAGR of close to 30.0% over the forecast period owing to increasing government expenditure in development of aerospace infrastructure across emerging economies