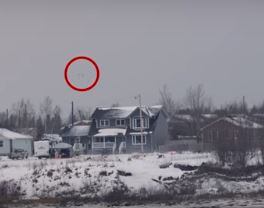 The Pilot Project will utilize DDC’s drone delivery platform which includes its FLYTE management system, DroneSpot technology and its Sparrow X1000 delivery drone, which was deemed compliant by Transport Canada in late 2017. DDC’s BVLOS Project looks to bring an innovative new set of delivery services to meet the needs of remote Northern communities. DDC’s Pilot Project will take place in the Town of Moosonee and the Moose Cree First Nation in Northern Ontario with unmanned aircraft deliveries that will include letters, packages and medical deliveries from a large group of DDC’s existing customer base including DDC’s recently announced partnership with Toyota Tsusho Canada Inc. on May 28, 2018.

“We are quickly advancing our technology out of the lab and into the skies. This begins with DDC providing a logistical solution for remote communities where infrastructure is limited or non-existent” commented Tony Di Benedetto, CEO. “The opportunity to help drive social and economic betterment to these communities by deploying our drone deliver platform is evident and with approximately 1000 of these communities across Canada’s north. We see this region as a great opportunity for us.”

Drone Delivery Canada will work alongside Transport Canada, The National Research Council and various technology and commercial partners including Toyota Tsusho Canada Inc. to deploy and operate this next generation drone delivery platform under this Transport Canada defined Project.