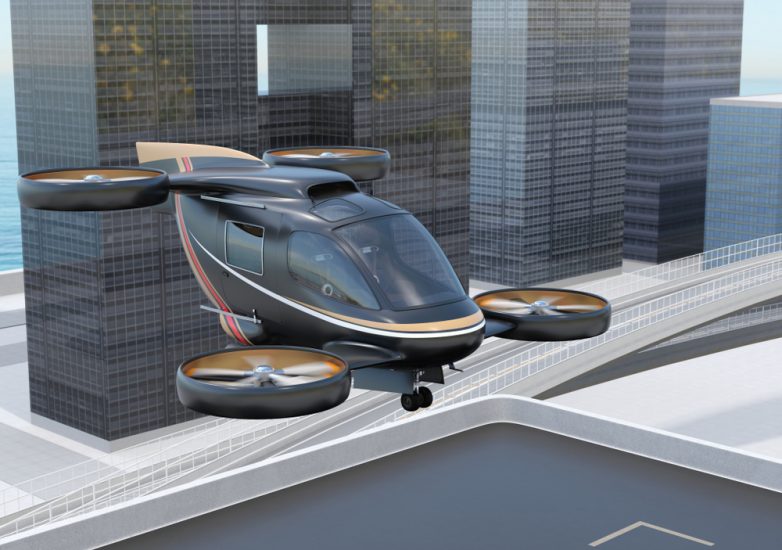 The Demand and Capacity Optimisation for U-space programme (DACUS project) has published its Concept of Operations for “Demand and Capacity Balancing” (DCB) for drones within an urban environment. As part of its studies, the DACUS consortium has estimated how many take off and landing areas (TOLAs) might be needed in Europe over the next ten to 15 years for drones and passenger carrying vehicles.

“As a test case we applied the calculation to the population that is living in the metropolitan area of Toulouse (about 1.2 million people). In total a number of roughly 350 – 450 stationary TOLAs can be expected there.” This suggests that an average of one TOLA for each 3,000 residents in  European urban areas, based on the Toulouse case,  might be needed by 2036.

The report also looked at TOLA requirements for Madrid and Frankfurt

“This allows for a first impression on TOLA numbers that can be expected for large, urbanized areas. Nevertheless, it should be mentioned that this estimation can be further improved in the course of the project. As an example, this calculation does not take into account density specific parameters or additional private services other than transport, which we expect to be the most influential on the stationary hub amount. Also the question of dynamic TOLAs had to be neglected, as the level of complexity is much higher and based on the mission specific drone deployment areas and business cases.”

In terms of demand and capacity balancing, the report has outlined a concept of operations for urban U-space flow management.

“It is built on a series of principles which guide the DCB decisions within the U-space framework. These principles are: 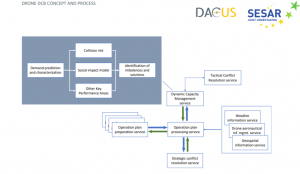 “Additional incentives include the introduction of virtue points to further promote collaborative behaviour among users. Furthermore, given the proximity of drone operations to the general public as well as ground infrastructure, a special emphasis was placed on including risk and social indicators as an integral part of the DCB process. This will assure that overall flight safety and the safety of third parties remains acceptably high and assuring that social impact factors (such as noise, pollution and visual impact) will remain below an acceptable threshold. Finally, the process makes use of the service-centric approach of the U-space architecture to monitor for disturbances within the traffic picture in real-time with support of other U-space services, such as Navigation and Communication Infrastructure Monitoring, disruptions caused by local weather phenomena and any emergencies identified by the Emergency Management service.

“DACUS proposes to address these disturbances through the deterministic, and therefore, predictable management of contingency plans. This will allow U-space to characterize the impact of the disturbance as soon as it is reported and then, implement DCB measures if needed.”