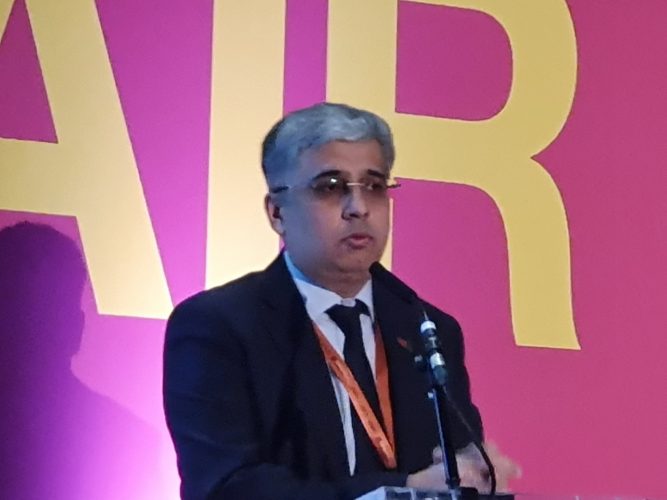 Dubai is targeting 2022 for its first commercial electric air taxi operations.  According to Professor Amair Saleem of the Dubai Road and Transport Authority (RTA) speaking at the London Excel MOVE event on 12 February the authority is well advanced in solving some of the key technical, infrastructure and social challenges involved – but there are still outstanding issues which will need further work.

The RTA has set itself some tough business and operational targets. It views air taxi operations as being fundamentally a mass transport operation, not available merely to the wealthiest, with ticket prices started at equivalent rates to limousine taxi services. It has set a safety target of 10¯9, equivalent to commercial aviation, with low CAPEX and OPEX (capital and operational expenditure), low levels of noise, energy consumption and emissions.

Key routes will be city-centre to airport services, where the journey time will be cut from 45 minutes to around 20 minutes, according to Professor Saleem. Interest in developing these services has already been expressed by several hotels, he said.

One key areas of work which will need further study is passenger access and exit to and from vertiports -including pre-flight screening and developing means of electronic weight control. Access to the aircraft for passengers with reduced mobility will also need further consideration. Further work will also be required on identification and gaining planning permission to build emergency landing pads, in case of an in-flight incident.

While a supporting UAS traffic management system will be an integral part of the overall operation – with air taxi operations managed via the RTA command and control centre – this is not necessarily a priority from day one, as there will not be hundreds of air taxis operating.