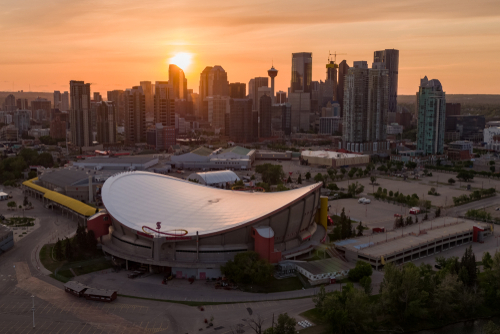 “Calgary is one of the first major cities in North America to offer airspace for the mass testing of commercial drones on municipal-owned land,” according to the city’s media relations department. “Point Trotter ASTA, located in the South East, has approximately 125 acres of land available to meet the increasing demand from companies and educational institutions wanting to test aerial drones… Point Trotter ASTA is part of the Living Lab strategy where The City of Calgary and Calgary Economic Development are working with the community to make public spaces, transportation corridors and land more accessible for the testing of technological innovation.

“The idea of providing City-owned space for aerial drone testing started in 2017 when City staff looked at many emerging technologies, related societal trends, and what they could mean for the future of Calgary. They identified that autonomous vehicle technology and aerial delivery drones would have a significant impact on the future. Putting theory into practice, The City began offering businesses airspace to test drones at Shepard Landfill, when the facility was closed on Monday. Soon the demand grew and a new location was needed, one that was available throughout the week. Point Trotter Autonomous Systems Testing Area was developed to support Calgary businesses, which is one of the ways The City of Calgary is delivering on its business-friendly promise.

The requirements for companies who want to test technology on the site are: