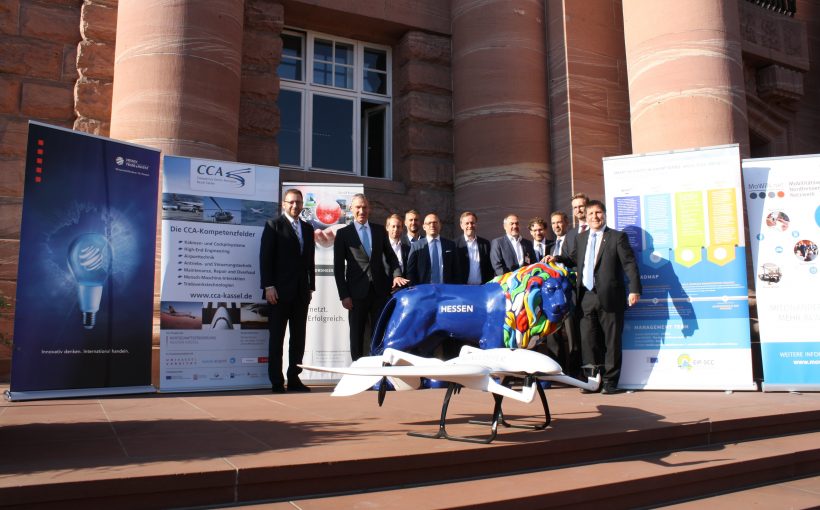 At the start of October a Manifesto of Intent was signed in Wiesbaden, Germany, for Northern Hesse to join the “Urban Air Mobility” (UAM) Initiative of the European Innovation Partnership on Smart Cities and Communities (EIP-SCC)

The city of Bad Hersfeld and the region of Northern Hesse have expressed their willingness to define a UAM Initiative demonstration project for addressing the mobility needs of the region, according to the EIP-SCC, with an initial focus on logistics across the airports chain of Kassel Calden and Frankfurt am Main.

“The region of Northern Hesse is rural in its structure but has the latest acceptance time for consignments in Germany. Consignments reach any destination in Germany overnight, time-critical goods are distributed on time and even European economic centres are supplied overnight”, said Dr. Astrid Szogs, Head of the Mobility Network Northern Hesse e.V.

“A realistic scenario for the region of Northern Hesse can be the use of autonomous drones for the feeder traffic of freights to the airports Kassel Calden and Frankfurt am Main to improve the possibilities of mobility in Northern Hesse, especially in rural and inter-urban areas”, said Thomas Fehling, Mayor of the city of Bad Hersfeld.

The feasibility of implementing these solutions will be studied in close collaboration with institutional partners such as DLR, Eurocontrol and the European Aviation Safety Agency (EASA). Among other partners who have signed and support the Manifesto of Intent are Bernhard Kempen ([ui!] Urban Mobility Innovations, B2M Software GmbH), Dietmar Höhn (ZF Luftfahrttechnik GmbH) and Dieter Klein (Wingcopter). Other supporters are the five districts of Northern Hesse – Hersfeld-Rotenburg, Kassel, Schwalm-Eder, Waldeck-Frankenberg and Werra-Meißner, the city of Kassel, the Chamber of Crafts Kassel, the Chamber of Industry and Commerce Kassel-Marburg, the Regional Council Kassel, the trade association of Hesse e.V., the business development agencies of the region, the Fraunhofer Institute for Energy Economics and Energy System Technology and other public authorities, industrials, startups, research laboratories and clusters.