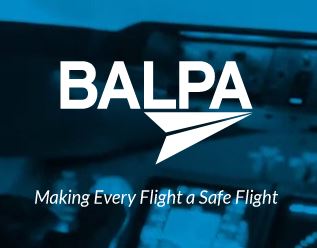 In response to the rise in drone near-misses, UK pilot and air traffic control bodies have worked together to create guidance in avoiding collision. The British Airline Pilots’ Association (BALPA) and the Guild of Air Traffic Control Officers (GATCO) have created the guidelines as they were growing concerned at the lack of national guidance in this area.

Drone sightings by commercial aircraft are on the rise, going from zero reports in 2013, steadily rising over the last few years, with 2017 seeing 92 reports in UK airspace – something likely to rise further once the Airprox analysis has been completed

The UK and many other countries do not yet have standard procedures to deal with drone sightings near aerodromes or violations of controlled airspace by drones.

Both organisations have issued the guidance to their members in an effort to give pilots and air traffic controllers steps to follow should a drone be flown in an irresponsible manner that puts other airspace uses in danger.

“A drone strike can be much more severe than a bird strike, due to the solidity of its constituent components – collision testing carried out by BALPA, the Military Aviation Authority and Department for Transport confirmed this.

“We believe that drones have the potential to cause catastrophic accidents and one of the ways we can avoid this is by ensuring that pilots and air traffic controllers are following the same guidance and are able to work together to reduce the chances of a collision should an irresponsible drone operator choose to endanger aircraft and the public who fly in them.”

“Irresponsible drone use, resulting in a drone being flown in close proximity to aircraft, poses a serious threat to the safety of aviation.

“We have witnessed recently the level of disruption a drone sighting can cause to air traffic control, airline and airport operations and ultimately the travelling public.

“We believe these drone sighting guidelines will enable air traffic controllers and pilots to work together, under the same assumptions, to deal with such an event as safely and effectively as possible.”