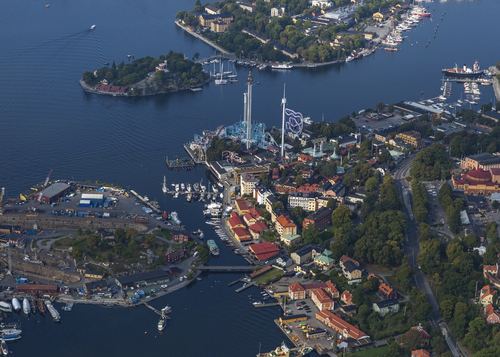 From 1 February of 2018, all drones under 150 kg will have to be operated within new rules drawn up by the Swedish Transport Agency (https://transportstyrelsen.se/en/About-us/). Regulation TSFS 2017:110  on unmanned aircraft is now in force,  according to UAS Insights (http://www.uasinsights.com/2017/12/21/sweden-new-rules-for-drones/) and this means the maximum flying altitude for most drones will be 120 meters (400 ft) above ground in uncontrolled airspace. “Drones weighing less than 7 kg and flying at a ground speed of 90 km/h or less may fly in an airport control zone without permission, provided that they remain at least 5 kilometers from the runway and below 10 meters (or in some cases 50 meters) above ground. Drones may not fly closer than 1 kilometer from a heliport without prior contact with the heliport. All drones must have a label with the owner’s name and contact information. Indoor flight will not be covered by the new rules. There will be simplified requirements when flying in the dark, along with a simplified licence procedure for drones weighing 7-25 kg which will be flown within the line of sight,” said the news service at the end of December 2017.