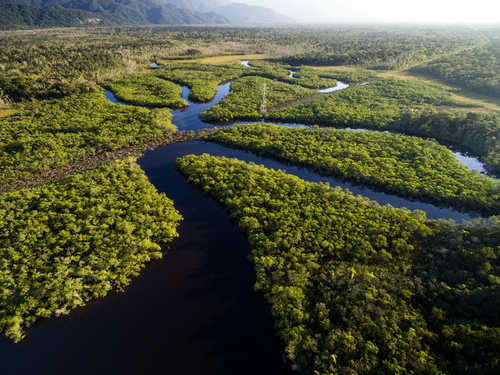 The Department of Airspace Control (DECEA) is soon to implement new UAS traffic management (UTM) concepts based on the organization’s remotely piloted aircraft systems (RPAS) AirSpace Access Request System (SARPAS) aimed at the eventual integration of manned and unmanned aircraft in a single volume of airspace. A roadmap and schedule for such developments will be announced probably later this year by DECEA.

Brazil has currently about 34,000 civil UAS registered with the SISANT/ANAC (see below). 65% of which are for recreational and 35% for commercial use. Most registered operators are individuals, with only 6% of those being companies, or legal entities. Around 40% of the total number of UAS are based in Sao Paulo, while another 15% are based in Rio de Janeiro.  Informed industry and market analysts, however, estimate that the actual total number of UAS in Brazil is closer to 100,000, mainly model aircraft types.

Since its release in late 2016, SARPAS/DECEA has processed around 37.000 airspace access requests, 75% of which have been processed automatically, with a notification confirmation note being sent to operators immediately, and 17% within two days, with only 8% of all the cases requiring the issuance of a NOTAM.

The initial focus for civil aviation regulators has been on developing legislation and platforms for the registration and control of access to airspace by UAS, mainly small UAS at very low level. So far, say the authorities, there have been only a few non-fatal airspace violations and incidents reported to law enforcement agencies.

Brazilian regulators and industry are following closely the latest developments in unmanned traffic management, both UTM in the USA and U-Space in the European Union, recognizing the need for and the importance of standards for a concept of operations and for initial service elements, like data exchange, e-identification/authentication, geo-fencing, collision avoidance and separation management.

Although the first UAS-related aeronautical circular and supplemental instruction was issued by the respective local air traffic control and civil aviation authorities in 2010 and 2012, it was not until 2017 that Brazil completed a triad of UAS regulations for model and civil, commercial remotely-piloted aircraft systems.

The registration and airspace authorization processes currently entail the following entities and steps:

Brazil’s UTM system is being developed within the framework of its SIRIUS Programme, similar in concept to the USA’s NEXTGEN and the EU’s SESAR, under which several actions have already been implemented to provide Brazilian skies with performance-based navigation (PBN) routes, remote aerodrome flight information service (AFIS/R-AFIS) and tower (R-TWR), controller-pilot data link communications (CPDLC) in the Atlantico ATC centre and automatic dependent surveillance–broadcast (ADS-B) operations in the Campos Bay area, in support of oil and gas offshore aviation.

Technological updating and enhancement of the Aeronautical Telecommunications Network (ATN), along with other technologies and concepts are being undertaken within the framework of the ICAO Aviation Systems Block Upgrade (ASBU) programme.