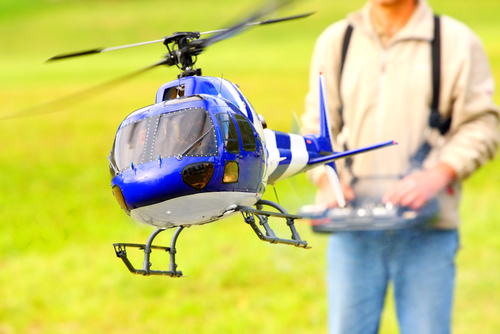 The Commercial Drone Alliance, an independent 501c6 non-profit commercial drone industry organization, has called on Congress to repeal Section 336 of the FAA Modernization and Reform Act (FMRA) of 2012.  “Legislation is necessary now to allow the FAA to properly regulate hobbyist drone operations under a revised Part 107 of the Federal Aviation Regulations,” says the association. “Since the implementation of the FAA’s Part 107 in 2016, which broadly authorized commercial drone operations in the U.S., drone use has been growing at an exponential rate. Today, drones enhance disaster response, infrastructure inspection, and news-gathering capabilities, among a host of other tasks. Technology lets drones facilitate communications, spray crops, deliver packages and provide security, all within the same airspace and at the same time as helicopters and other manned aircraft, over people and structures, and side by side with hobbyist drones.

“Basic ‘rules of the road’ are needed to manage all this new air traffic….Section 336 of the 2012 FMRA currently prohibits the FAA from regulating qualifying model aircraft. This exemption has been misinterpreted and abused—giving all model aircraft users, including those not participating as part of a Community Based Organization as required under the law, the mistaken impression that they are flying legally.

“The sheer number of hobbyist aircraft taking to the sky now makes exempting model aircraft from regulation nonsensical. As of December 31, 2017, more than 873,000 hobbyist owners had registered with the FAA, which according to estimates, amounts to more than 1.1 million drones. Over the next five years, the FAA predicts this number will more than double to 2.4 million units.”

“We understand why model aircraft proponents want to remain exempt, as they have been flying safely for decades. However, times have changed, and hobbyists are no longer flying alone,” said Lisa Ellman, Co-executive Director, Commercial Drone Alliance.

“An approach giving preferential treatment to hobbyists has clear and adverse implications for the safety and efficiency of the National Airspace System, public safety, and the efficacy of future Unmanned Aircraft Systems Traffic Management (UTM) systems,” said the association. “For this new drone economy to truly take off for society’s benefit, all UAS pilots need to abide by some low cost ‘rules of the road.’ It is critical to consider the benefits of commercial drone integration, in addition to safety and security, as Congress considers the regulation of hobbyist drones. The future of the commercial drone industry in the U.S. depends on it.”