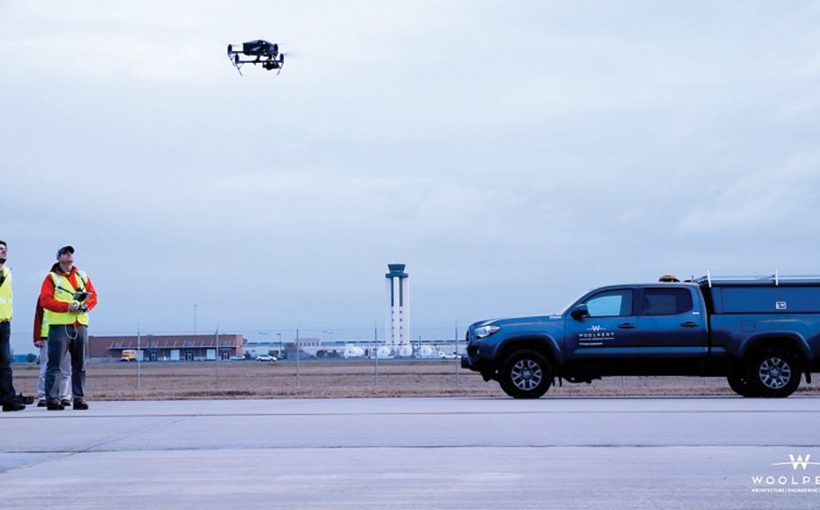 Savannah/Hilton Head International Airport (SAV) is partnering with Woolpert to integrate unmanned aircraft system (UAS) technologies into airport and airfield operations. SAV is one of the first commercial service airports to formally integrate drone technologies into its regular operational programmes for inspection, maintenance, monitoring and facility management, including supporting its Part 139 inspection protocols, according to Woolpert. SAV is integrating UAS into wildlife and security operations.

Woolpert Vice President and Geospatial Aviation Practice Leader Thomas Mackie said the adoption of UAS to address wildlife management/hazard mitigation and daytime perimeter surveillance, which was Phase I of the project, was completed in January.

“We took the crawl, walk, run approach to this project,” Mackie said. “We started by coordinating with the airport leadership and operations team (Engineering, Security and Crash, Fire, Rescue) and the FAA (Federal Aviation Administration) to ensure there was regional and national collaboration and buy-in, followed by a lot of research into SAV’s existing policies and technology, learning and understanding their operational routines.”

The first phase demonstrated that drones could be used safely and efficiently for routine airport operational needs. The next phase involves close collaboration with key stakeholders and FAA approval, with a goal to expand UAS flight operations into the airport operating area (AOA), which was restricted in Phase I, with local air traffic control (ATC).

The purpose of the second phase is to validate the benefits of drone use to safely support additional airport missions that enhance the productivity and safety of SAV staff and operators. That phase also involves the airport acquiring a drone, assisting staff to become licensed Part 107 pilots, and refining the systems, sensors, processes and data management techniques most appropriate to the airport needs.

“The end game is for SAV to have this safe, efficient tool—with well-scripted processes—in its toolbox for use as needed. We drafted a Concept of UAS Operations (CONOPS) for the airport, putting everything on the table—flight schedules, safety areas, risk management considerations, communication protocols,” Mackie said. “From there we built internal procedures and procedures with ATC, completed a Safety Risk Management Matrix for planned missions, and developed checklists, controls and responses to irregular operations. While all airports have distinct needs and directives, this guide book illustrates how commercial airports can conceptually go about flying a drone in support of operational needs.”

Woolpert previously performed aeronautical surveys and base mapping for SAV and is in the process of implementing a Cityworks Asset Management System (AMS) for airfield maintenance and management. That implementation went live in December and is in full operational use by SAV Operations and Maintenance. The next phase of work will integrate the management of SAV UAS flight operations and associated data and imagery into its capabilities.

“Instead of driving up and down a runway to identify pavement or marking issues, the airport will be able to use UAS to remotely collect data and create work orders with accurate coordinates and valuable imagery into Cityworks,” Mackie said. “The additional capability with UAS will not eliminate the human-in-the-loop for airfield operations, but will certainly provide an opportunity to minimize frequency and duration of time spent in safety critical areas and create valuable geodata as part of the airport’s system of records.”

Mackie noted that the need for this capability already was apparent during Phase I of the project. By using the drone, the operations team identified a downed tree that had broken through the perimeter fence located on the swampy north end of the airport in a location extremely difficult to access on foot or by watercraft. The drone collected this information safely and quickly, instantly providing the coordinates of the location and including real-time imagery of the breach. Add Cityworks, and this remote problem already is a work order in progress.