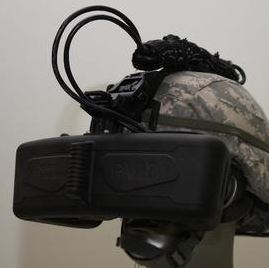 Under this contract, Serious Simulations will use its current and soon-to-be-announced patented wireless video techniques for the custom design of a series of wireless augmented reality headsets. The first prototype is expected to be ready by the end of the year.

Aeronyde Corp, a privately funded start-up in the Unmanned Traffic Management (UTM) sector, intends to shift Command and Control models for UAS to AR-based devices. Aeronyde UAV fleet supervisors and end-users (emergency responders) will be immersed into an innovative human-machine interaction platform. Emergency responders and DoD personnel will have access to live video-stream for enhanced situational awareness, real-time autonomous asset management and on-the-go fleet voice-control, supplemented by Aeronyde remote fleet supervisors for precision maneuvering. Serious Simulations’ patented wireless video technology has been enabling commercial virtual reality head mounted displays to shed their tethers without increasing the negative effects of latency. (Latency is a delay in presenting video or simulation imagery on the physical display, which can reduce the effectiveness of training or operations.

“Our team will integrate a ubiquitous user interface into autonomous fleet operations”, says Edgar Munoz, CEO of Aeronyde Corp. This transparently immersive UI is a critical element of our full-service model. Commercial UAV industry is transitioning from infancy to global standardization efforts. For faster market adoption and seamless training in UAS operations, our AR device is the logical development path. It allows for full mobility due to our modular and miniaturized hardware design, increased productivity and effectiveness with hands-free systems management, enhanced environmental awareness with real-time HUD data delivery and backend systems connectivity. Serious Simulations will introduce their proprietary video processing techniques, which will allow us to begin in-field testing with local and out-of-state law enforcement, fire departments and EMS. It is critical to involve end users in the development process – they have all the answers.”

“We are redefining several areas of the unmanned vehicle marketplace, and sought out Serious Simulations to lead the development of one of the most critical components – the wireless AR display,” says Alexander (Sasha) Bilous, President and CTO of Aeronyde Corporation. “This groundbreaking hardware will give the controllers, operators, and leaders who contract with us the absolute best means of rapidly digesting video, audio, and diagnostic data, while still engaging in their real-world situations. Interacting with autonomous aerial platforms in fusion with ground and marine assets will never be the same. Although virtual reality HMDs are great tools for simulation training and conceptual development, there is not much practical application for personnel in the field. VR is being adopted rapidly, which is in line with Gartner’s Hype Cycle prognosis; but due to VR’s operational constraints Augmented Reality can and will dominate Enterprise-level user experience.

For Serious Simulations, which has several contracts for military simulator hardware, this new contract represents another entry point into commercial uses for its technology. As the nation becomes more connected, the Smart Cities initiative will revamp municipal digital infrastructures. AR-based voice-enabled interaction with IoT devices is the natural evolution of human-machine interaction of tomorrow.

“Augmented reality device adoption rates for military, commercial, and entertainment purposes are generally predicted to far outpace the growth of virtual reality devices, so this wireless AR headset helps us to make a bold step into that market. This will be a terrific leap forward in visualization of a variety of data. We expect that our work will help to expand the use of AR technology across the board,” said Christopher Chambers, CEO and founder of Serious Simulations. “This is a terrific opportunity to collaborate with Aeronyde Corporation in pioneering this young industry.”

Under this contract, the company will grow its AR capabilities and has plans to add full-time and sub-contracting positions.