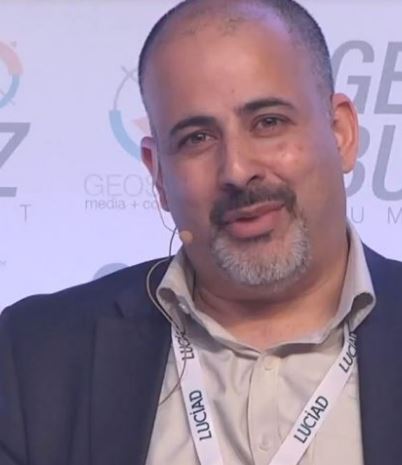 Originally published on 13 February 2018 at (http://www.anratechnologies.com/home/consulting/blockchain-and-drones-the-reality/)

Over the past few years blockchain has become one of the most abused buzz words and no matter which business conference or technical event I attend there is always that question “How will blockchain impact the drone industry?” I have heard different interpretations of the uses of blockchain but none of them provide a clear understanding of its relevance in the drone industry. To satisfy my own curiosity, I spent some time learning about it and though I do not claim to be a blockchain expert, I wanted to share my thoughts and views on how I see blockchain playing out in our space.

At a high level in simple terms: blockchain is a method for recording transactional information. Instead of keeping a track of all transactions in a central location, blockchain utilizes a distributed ledger. For a given activity, a copy of the full ledger with all the transactions are kept in each node in a distributing network. Blockchain provides many benefits over centralized forms of recordkeeping while operating without a single point of failure and supports complete transparency of data.

The distributed nature of the technology introduces a lot of adoption challenges as well. Blockchain relies on a large network of nodes and eliminates a centralized system which requires the participation of everyone in that domain. A system with multiple parties and an independent central agency like the commercial drone industry needs extensive coordination and cooperation. Considering the many layers in blockchain, there are also several different protocols on the market each built using different algorithms and/or integration methods.

One of the biggest challenges in the way of mass blockchain adoption is scalability. For example, the speed of transactions using blockchain does not currently match existing high transactional systems. Transaction speed is dependent on the size of the blocks in the chain, which can potentially impact scalability. These scalability problems will become more evident at high volume and not so obvious at low volumes.

How does this tie in to drones?

As drones applications in general become more widespread, we will need service delivery models that involve new actors in the ecosystem. Virtualization and cloud infrastructures will be leveraged to provide flexibility, scalability and the ability to deliver richer services quickly. Data access wireless networks will need to provide users and other third parties access via APIs for granular control and security of the services. This paradigm shift will not only enable innovative capabilities but also create complex security challenges. Blockchain technology can potentially deliver a framework that can be used by various stakeholders in the commercial drone ecosystem.

Future drone solutions will need to be provisioned with cryptographic material that support confidential, authenticated and secure protected communications amongst themselves and to/through the gateway(s). The underlying cryptographic material and services required depends on the protocols that are being used (both communication and messaging) and the security objectives of each. In addition to keys required for communication protocols, messaging protocols (e.g., MQTT, CoAP, DDS) also levy cryptographic algorithms and key material. We may be able to consider models using blockchain identifiers that enable flexibility in establishing alternative trust models across heterogeneous devices, access technologies, network domains and communication modes.

For instance, in case of a package delivery operation, a blockchain based repository could log information about the operations such as time, location, resources, delivery date etc, and make the data accessible to authenticated users, and any other stakeholders along a package’s route.

The focus of a remote identification is to enable public or private entities interested with a drone flight to detect and report an identifier number to the authorities. The authorities in turn would have the tools to investigate the complaint without infringing on operator privacy.

Blockchain identifier based remote identification system potentially would protect drone user information and any confidential information about the nature and objective of the drone missions. Monitoring and reporting potential complaints by the public about inappropriate drone usage, damage to public safety or personal property can be handled by using the broadcasted blockchain drone identifier which would be tied to an audit trail. The identifier would keep the public informed on information like the drones surveillance capabilities without releasing personal information about the drone operators unless they are involved in unauthorized flights.

Walmart is looking at leveraging blockchain in a process by which they could automate the logistics of delivery drones. One of their patents lays out the general mechanics of a hypothetical delivery.

For example: As a drone approaches a delivery box, it authenticates itself with a “blockchain identifier,” a type of numeric or encrypted key. If the code is valid, then the box unlocks, opens, and accepts the package. When a package arrives at its destination, its receipt could trigger a notification to be sent to a consumers’ mobile device. A supplier can use a blockchain not only to authenticate identity, but to also track other useful information about a package as it moves through a supply chain.

UAS Traffic Management is another potential use case for blockchain. The end goal of UTM would be to create a system that does not require constant human monitoring and surveillance and can still ensure the authenticity, safety, security and control of the drones in the low-altitude airspace.

Ultimately, the goal of the UTM project would be to develop an independent, self-directed and scalable system that will manage and monitor the drones and their flights. This kind of system would factor in inputs from external sources such as obstacle, terrain, weather, airspace, command and control (C2) link and performance data and make this data available to all operators/service providers.  Blockchain can facilitate all these features and could be used to enable “smart contracts” and make it possible for drones to act as fully independent economic agents. Any terrain, mapping and other spatial databases can leverage peer to peer IPFS distributed file system.

What the future holds

Blockchain can be leveraged to offer services that could lead to the creation of “Highways in the sky” that ensure safe integration of small UAS into the national airspace system. From a Traffic Management point of view, blockchain can enable having a decentralized system of UAS Service Supplier systems. The use of a blockchain enabled remote identification system would protect drone user information and any confidential information about the nature and objective of the drone missions. Ultimately, the goal of the solution would be to develop an independent, self-directed and scalable system that will manage and monitor  end to end drone operations.

Amit Ganjoo is a Founder and CEO at ANRA Technologies