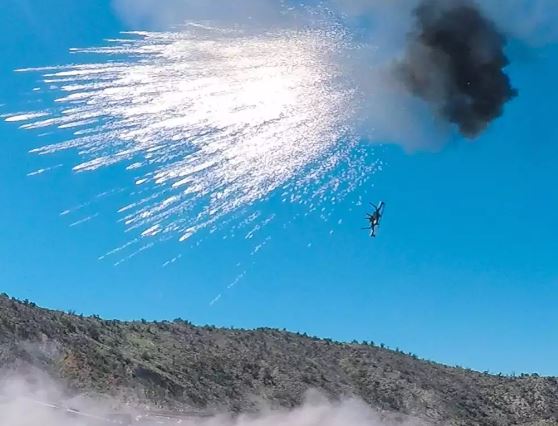 Orbital ATK reports it has recently participated in the Maneuver Fires Integrated Experiment (MFIX) at Ft. Sill, Oklahoma. The event allowed soldiers to use counter-unmanned aerial system (C-UAS) technologies during a series of demonstrations to provide feedback on how these systems performed and could potentially help fill capability gaps for short range air defence.

According to the company “Orbital ATK demonstrated its ability to combine both electronic and kinetic attack through its AUDS (anti-unmanned aerial vehicle defence system) which detects, tracks, identifies and defeats drones, and also brings a kinetic element through the integration of the company’s XM914 30mm Bushmaster Chain Gun mounted to the Stryker combat vehicle platform. The gun system also provides the vehicle crew with the firepower needed to defend against ground threats. The combined weapon can work together or independently.”

Orbital ATK also demonstrated how a soldier, armed with its shoulder-fired XM25 airburst weapon system can down a malicious drone. “Originally designed to provide soldiers with an ability to defeat targets in defilade positions, the XM25’s fire control system and 25mm air-bursting ammunition have proven during MFIX and demonstrations conducted by Orbital ATK, that C-UAS is a natural additional capability the system provides,” said the company.