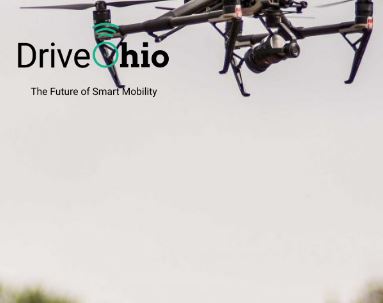 The DriveOhio research programme (http://drive.ohio.gov/news/Ohio-Research-Project-Will-Monitor-Traffic-With-Unmanned-Aircraft/) has announced its 33 Smart Mobility Corridor participants will study the use of drones to monitor traffic and roadway conditions from the air along the corridor. The three-year study is a partnership between DriveOhio’s UAS Center and The Ohio State University College of Engineering. Ensuring the safe separation of drones and other aircraft will be a central part of the research.

“At DriveOhio, we are looking for innovative ways to integrate technology into our transportation systems. This project will help us explore the intersection between autonomous and connected vehicles on land and in the air. The goal is to understand how we can better manage traffic, roadway incidents, and roadway conditions using advanced technology and data analysis,” said Jim Barna, Executive Director of DriveOhio.

This research will include both air and ground vehicles and will complement ongoing work to test autonomous and connected vehicles along the 33 Smart Mobility Corridor, a 35-mile stretch of U.S. 33 between Dublin and East Liberty. Unmanned aircraft will monitor traffic and incident response along the corridor in conjunction with the state’s current fixed-location traffic camera system. The aircraft will interact with sensors and communication equipment along the corridor to feed data into the state’s Traffic Management Center.

The project will also use sensors and communication devices to ensure the unmanned aircraft will not collide with each other or with manned aircraft, such as small planes and helicopters, that also use the lower altitude airspace. It is estimated that as many as 5,000-manned aircraft are in the sky at any given time.

“One of the keys to better utilizing unmanned aircraft is to ensure they will not pose a threat to other aircraft traveling in the area. This research project will make the development of that safety system a priority so that other aircraft operations such as package delivery and air taxi services can be explored down the road,” said Fred Judson, Director of DriveOhio’s UAS Center.

DriveOhio was created by Governor Kasich on January 18, 2018, as a centre within the Ohio Department of Transportation that brings together those who are responsible for building infrastructure in Ohio with those who are developing the advanced mobility technologies needed to allow the state’s transportation system to reach its full potential. DriveOhio’s UAS Center is the premier unmanned aircraft support agency for the State of Ohio. The mission of the centre is to support flight operations for local, state, and federal government and agencies.