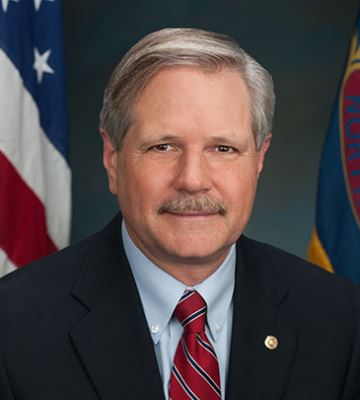 Senator John Hoeven  (https://www.hoeven.senate.gov/news/news-releases/hoeven-secures-funding-to-advance-cbps-uas-operations-and-develop-counter-uas-technology-in-fy19), a member of the US Senate Appropriations Committee on Homeland Security, has outlined provisions he secured in the Fiscal Year (FY) 2019 funding bill for the Department of Homeland Security (DHS) to help advance Customs and Border Protection’s (CBP) unmanned aerial systems (UAS) operations and DHS’s counter-UAS research and development.

“This legislation is about providing the tools and support the men and women in the DHS and border patrol need to secure our nation, whether it’s from persons trying to enter illegally or online threats to our networks and infrastructure,” Hoeven said. “Further, this bill helps advance our efforts to make better use of our UAS assets to secure the border, including funding that allows CBP to use contractors, such as the companies at Grand Sky, to train its UAS pilots. The legislation also continues our work to support the development counter-UAS technology. That’s a critical piece of integrating unmanned aircraft safely into our airspace and protecting against potential UAS threats.”

Hoeven also joined Transportation Secretary Elaine Chao last month to announce that North Dakota was selected as one of ten sites to participate in the Federal Aviation Administration’s (FAA) UAS integration pilot program. In addition, Hoeven recently helped introduce the Preventing Emerging Threats Act of 2018, bipartisan legislation that would give the DHS and the Department of Justice (DOJ) authority to protect important facilities from security risks posed by unmanned aircraft. At the same time, the bill directs the DHS to evaluate emerging UAS threats and to research and test technology to address these risks. This legislation has been passed by the Homeland Security and Governmental Affairs Committee (HSGAC), on which Hoeven serves, and awaits consideration by the full Senate.