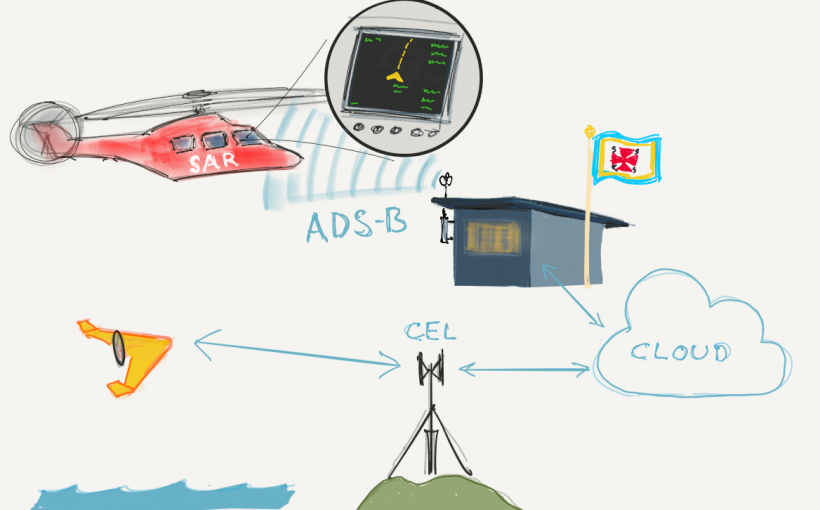 The SSRS is actively investigating the benefits of using drones to make search and rescue missions safer and more efficient. The SSRS’ need to fly BVLOS has been the impetus for the consortium, according to Skysense. The consortium has conceived a system called Ground-Based Sense And Avoid (GBSAA) – making drones visible and able to detect manned aircraft while alleviating 1090 MHz spectrum saturation.

“We believe that live drone imagery could be a great help for our voluntary rescue crews. A Ground-Based Sense And Avoid system could be an important piece of the puzzle to make these drone flights a reality”, says Fredrik Falkman, Head of Innovation at SSRS.