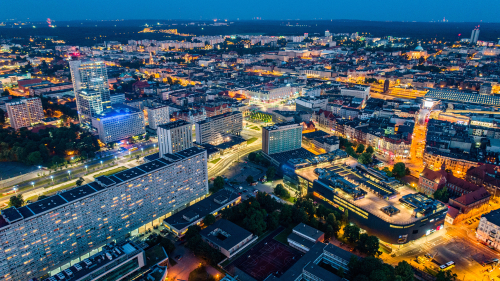 The Poland in English news service (https://polandinenglish.info/38970457/drone-testing-zone-to-be-established-in-poland) reports that an agreement for the creation of a development and testing zone for drones in the Górnośląsko-Zagłębiowska Metropolis (GZM) was signed on Wednesday in Katowice, southern Poland.

“The signatories of the document are the local GZM authorities, the Civil Aviation Authority (ULC) and the Polish Air Navigation Services Agency (PAŻP/PANSA). The agreement foresees the establishment of a Central-European Drone Demonstrator (CEDD).

“The undertaking involves a testing centre on a defined geographical area for all drone systems and applications,” the head of ULC Piotr Samson said. “The idea of a European system of demonstrators involves defined geographical places in certain countries, where all drone systems and applications can be tested on a defined terrain,”

“This initiative is intended as our contribution – we want to be a very active leader in European work on all systems related to unmanned traffic – with drones,” the head of ULC declared.

The head of PAŻP, Janusz Janiszewski said that the development of the unmanned aircraft market is “a huge challenge” for his agency, which is responsible for ensuring the highest safety level in Polish airspace. “A particular challenge is combining the world of unmanned aviation with commercial manned aviation,” he said.

Mr Janiszewski added that PAŻP will have to create systems that will be capable of integrating both types of aviation. “At the same time there is a possibility to admit representatives of cities, municipalities, to the system thanks to which it will be possible to manage the elements of our airspace,” he said.

The chairman of the GZM management board, Kazimierz Kulczak, emphasised the significance of innovation and the business potential of the region of Upper Silesia. “There are thousands of applications for drones,” he said “that, thanks to the location of this research and development project in the Metropolis, will serve the development of that business and the creation of a thriving branch of the economy, which we’re counting on. We encourage all those who want to join this revolution,” he added.

According to PAŻP, the first partners of the initiative will be the Polish Development Fund (PFR), JSW Group together with the Hawk-e company and DroneRadar as well as the Institute of Aviation.

Interest in the CEDD has also been expressed by the Silesia University of Technology and the Upper Silesian Aviation Group, which manages Katowice Airport.