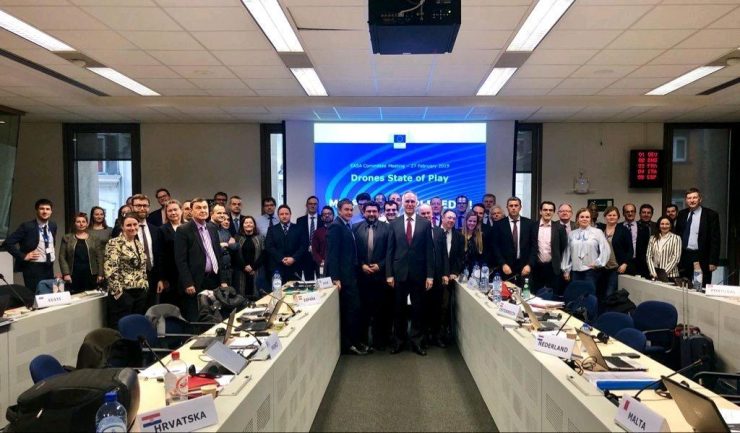 European Union member states have unanimously approved the first EU-wide, common regulations for drone operations.  The draft regulations have been drawn up by the European Aviation Safety Agency (EASA) and will now be sent to the European Parliament and the European Council for final approval. If the regulations are approved they could become legally binding in the next few months.

“On 28 February 2019 the EASA Committee has given its positive vote to the European Commission’s proposal for an Implementing Act regulating the operations of Unmanned Aircraft Systems (UAS) in the open and specific categories (see box). The Delegated act which contains the technical requirements for UAS including the requirements for the CE marking of the UAS in the open category is expected to be adopted by the Commission at the latest on 15 March 2019. Thereafter it will be sent then to European Council and European Parliament for their two months scrutiny period.

“EASA expects the publication of the delegated act in Q2 2019.

“In parallel, EASA is working on the next steps that will enable safe operations of UAS and the integration of these new airspace users into the airspace: