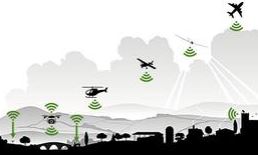 IN-FLIGHT Data reports that its plans to fly drones in shared airspace based on ADS-B messaging as part of Project Sandbox have been vetoed by NAV Canada.

According to a Linkedin posting by IN-FLIGHT’s Chris Healy:

“After long discussions with NAV Canada and Transport Canada late into last week, it was determined that neither NAV Canada nor Transport Canada will allow the project to proceed. The objections were regarding our planned use of the ADS-B frequency 1090 in Canadian Airspace. According to NAV Canada, in Canada, the use of the 1090 and 978 MHz frequencies is the exclusive domain of NAV Canada, as assigned to them by ISED Canada. SANDBOX does not have, and will not receive, the permission of NAV Canada to use the frequency. Further to this, we were advised that no ADS-B technology will be permitted in Canada, without NAV Canada approval, and that does not meet the minimum criteria of at least 120 W broadcast power, with a Signal Intensity Level of 3. Additionally we are not permitted to broadcast traffic to the Aireon satellite constellation at any time.”

According to Chris Healy NAV Canada said that ADS-B is not, and was never intended to be, part of a UTM / RTM solution in Canada, and that UTM / RTM will eventually be implemented by cell networks.

According to further posts from the company: “First, they are concerned that ADS-B technology was never envisioned to be used for GA or drones in Canada. They advised us that today, drones outnumber manned aviation in Canada by 30:1, and there are not enough unique ADS-B addresses to facilitate this widespread adoption of technology. Second, ADS-B technology is not intended to be used for any type of search and rescue or wildfire fighting applications, and would not be an appropriate use of the technology. ADS-B technology is only intended for high-level commercial aviation in Canada. Third, the widespread use of ADS-B in Canada would present an unreasonable workload for NAV Canada and ATC in Canada. Fourth, ADS-B is not cyber-secure and can be “spoofed” or jammed and cannot be trusted.”

The project was developed to test broad-based electronic conspicuity and common operating pictures as part of an overall localized Unmanned Traffic Management (UTM/RTM) system. The project is part of a partnership including the Province of Alberta RPAS Governance, Office of the Fire Commissioner, City of Calgary, COPA, HAC, CASARA, EAA, ASC, Cu Nim, senseFly, AIRMAP, TruWeather Solutions – and sponsored by uAvionix, LOOKNorth (C-Core), and IN-FLIGHT Data.

Unmanned Airspace was unable to contact NAV Canada at the time of writing but will report on the organization’s response when this is available.