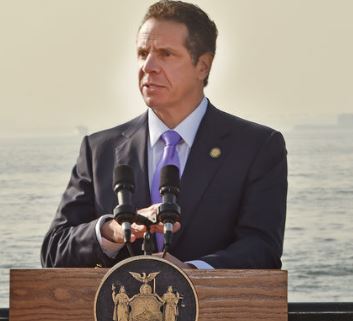 New York State Governor Andrew M. Cuomo has announced that the state-supported Northeast UAS Airspace Integration Research Alliance has selected key partners in the development of New York’s unmanned aircraft system traffic management corridor in Central New York. The corridor, which runs from Central New York to the Mohawk Valley, is the first of its kind, and is claimed to be the most advanced drone testing corridor in the nation. SRC / Gryphon Sensors and Raytheon have both received awards to complete the UTM corridor. The overall project will consist of the system planning, design, implementation, commissioning, and operational support of a state-of-the-art UTM research, development, test and evaluation infrastructure.

“As Chair of the Regional Economic Development Councils, I have seen first hand the evolution of our work to grow the UAS and UTM industry in Central New York, and today marks another milestone for our Central NY Rising strategy,” said Lieutenant Governor Kathy Hochul.

The corridor enables companies to test both UAS platforms and UTM technologies in real world settings, generating data that will inform industry and regulators and advance the commercial use of drones. This multimillion dollar effort that is part of Central New York Rising, Phase II of the UTM corridor, will advance Project UAS Safe Autonomous Flight Environment and enable Beyond Visual Line of Sight operations in the defined 50-mile corridor.