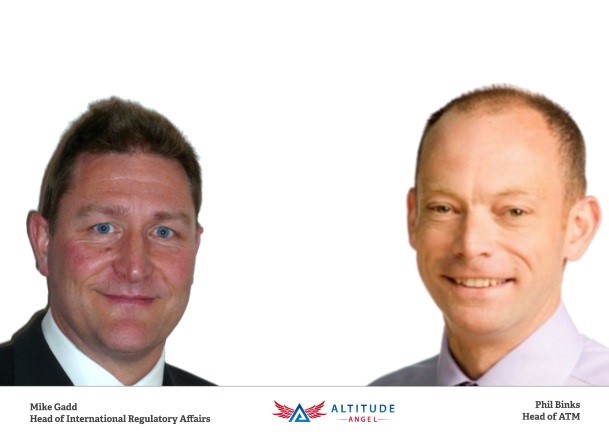 Altitude Angel is expanding its senior leadership team with the appointment of key industry figureheads. Mike Gadd joins as Head of International Regulatory Affairs from the UK Civil Aviation Authority, where he was Policy Lead for UAS. Phil Binks, formerly employed at NATS as a Domain Expert in Drones, has been appointed as Head of ATM. Together, they will lead Altitude Angel’s rapidly expanding team of engineering and aviation professionals.

The senior appointments follow Altitude Angel securing a USD 4.5 million Series A funding round, led by the Seraphim Space Fund, with participation from ADV and Frequentis AG, in January this year.

The company says it plans to expand its footprint in both Europe and the US later this year as it scales. The start-up is investing heavily in growing its team, recruiting 20 new team members in software engineering alone by the end of summer.