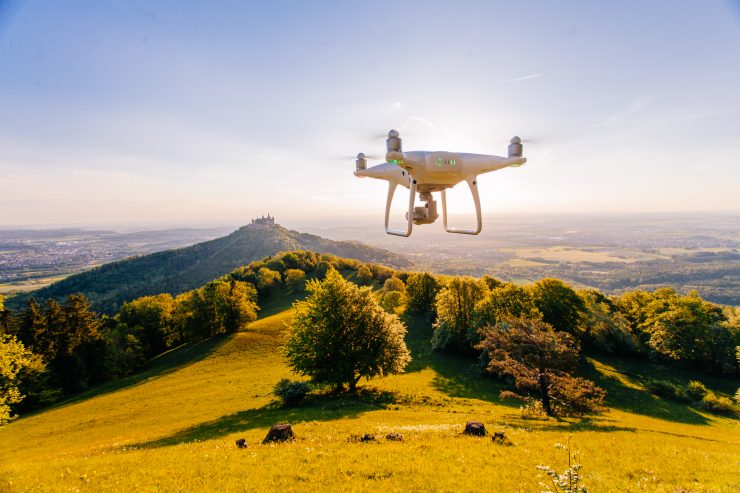 The beta version of Deutsche Telekom’s and DFS Deutsche Flugsicherung’s new Droniq UTM service will go live in a few weeks in Germany, with commercial drone operators and emergency service drone operators as the first customers, according to a DFS spokesperson.

Droniq was launched publicly on 29 May 2019. It is a technical platform to track drones, enabling drone flights beyond the visual line of sight (BVLOS).

According to a DFS/Deutsche Telecom press release the two companies have developed a technology that uses the mobile communications network to track unmanned aircraft systems (UAS). “This puts in place one of the central preconditions to be able to safely operate drones across larger distances, and not just in close vicinity to the pilot.”

“Our technology finally makes it possible to fully exploit the potential offered by drones operated in a professional setting. With Droniq, we have combined the aviation expertise of DFS with Deutsche Telekom’s competence in mobile communications,” said Tim Höttges, Chief Executive Officer of Deutsche Telekom AG.

“The core of the product offering is a UAS Traffic Management System (UTM).,” says the press statement. “This system processes the position data of drones and displays them together with the tracking data of manned aircraft. In this way, a complete air situation display is created. The UTM system also offers additional functions for the safe operation of drones in German airspace, including registration, mission planning and an automated process for obtaining any permissions required for a particular mission”.

“Droniq offers an entry into the commercial operation of unmanned aircraft systems, especially for drone flights beyond the visual line of sight. That is why we are introducing the first operational UTM system in Germany on the market to integrate drones safely and fairly into airspace,” said Klaus-Dieter Scheurle, CEO of DFS.

The hardware needed at the moment is made up of a special modem with an integrated SIM card, the so-called hook-on device. After this device is hooked on, or mounted, on the drone, it can transmit the position of the drone and its identification to the UTM system using the mobile communications network. In addition to these basic data, the network can also be used to transfer other information, such as image and survey data in real time. Droniq’s goal is to develop the product into a purely digital solution. This will require drone manufacturers to equip their drones with an LTE module as standard. Then users would only have to activate the SIM card to be able to use the UTM system.

At first, Droniq will focus on the German market, the home market for DFS and Deutsche Telekom. Then a phased expansion across Europe is planned. Droniq’s primary target market is commercial users in the infrastructure, surveying and agricultural sectors which intend on flying drones beyond the visual line of sight. Other potential users include the police, fire and rescue services as well as users from the general aviation environment. Training courses for drone operators and individual consultancy services are already part of Droniq’s portfolio.