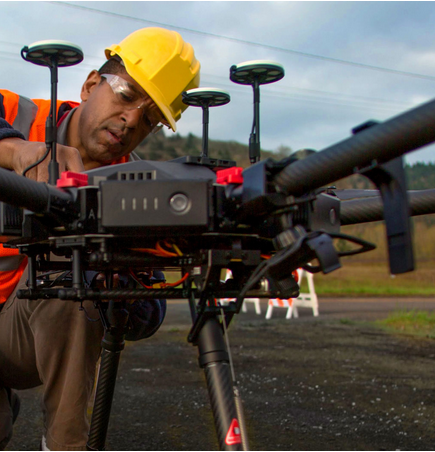 At the airport, core testing was done using Hitec’s fixed-wing Xeno FX aircraft. Participants engaged in a day of orientation with the aircraft, obtaining permissions, and performing brief training flights. The drone was deployed to pull a line over a water obstacle, keeping the line elevated and successfully delivering it to a crew member on the other side. In the field, Southern uses this process to pull pilot ropes for electrical transmission and distribution lines, resulting in significant gains in time and safety.

Three flights were carried out at the airport:

The tests demonstrated the drones could be safely deployed BVLOS using the equipment available. The procedures executed at NUAIR allowed for the uninterrupted flight of Griffiss’s manned traffic flow, which included military (attack, lift, and rotary-wing), commercial, and civil aircraft. Skyward is building practices and procedures to prove the safety and reliability of BVLOS operations with the objective of helping Southern execute long-range BVLOS flights in urban and remote areas across the US.