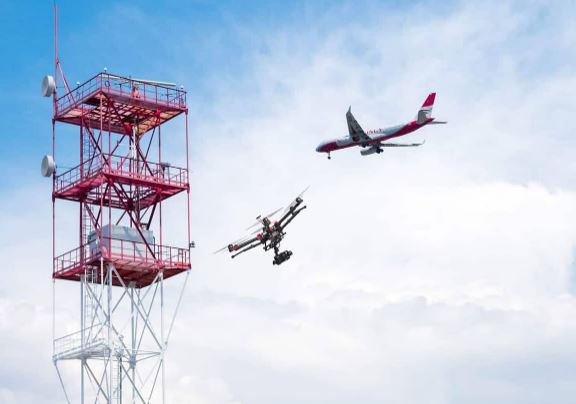 The Blue Ribbon Task Force on UAS mitigation at airports calls on US Congress and the Canadian government to appropriate more funds to the Federal Aviation Administration (FAA) and Transport Canada respectively. The final report released on 2 October 2019 also recommends both legislative bodies extend UAS interdiction authority to trained state and local law enforcement agencies. The report was jointly commissioned by the Association for Unmanned Vehicle Systems International (AUVSI) and Airports Council International-North America (ACI-NA) in April 2019 to addresses the issue of incursions by unauthorized unmanned aircraft systems (UAS) at airports and how best to mitigate this threat.

According to a press release issued by ACI-NA:

The final report builds on the policy recommendations the Task Force outlined in its July 2019 interim report, which urged federal aviation agencies to move forward with a remote identification rule. These recommendations, if implemented, would help UAS safety and security move forward in a timely and risk-based fashion, allowing the UAS industry to continue to grow with compliant operations and ensuring airports remain safeguarded from careless, clueless, or criminal operators. In the final report, the Task Force recommends:

“Whether the origin of drone activity near airports is careless, clueless or criminal, the escalating frequency of drone-related incidents present a security, operational and economic challenge to North American airports and their surrounding communities,” said Task Force Co-Chair Deborah Flint, CEO Los Angeles World Airports (LAWA). “The findings of the Blue Ribbon Task Force provide North American airports with a template for developing a response to drone incidents while providing a voice and representation for airports to the federal entities that control drone regulation. The time has come to take meaningful action on this issue to protect the nation’s traveling public.”

Former FAA Administrator and also Task Force Co-Chair Michael Huerta added: “I am very excited about the new opportunities that commercial UAS applications create for our economy and the value the technology adds to airports; however, the integration of approved operations and detection and mitigation of unapproved UAS must be attentively managed and properly funded and staffed at all levels.”

After discussions with dozens of airport operators in the U.S. and Canada, the Task Force noted that most do not have a comprehensive plan to deal with errant UAS—whether careless, clueless, or criminal. Further, most airports do not have a plan for integrating compliant UAS operations either. The Task Force developed guiding principles for airports seeking to write these critically important plans and recommends ways to drill them just as airports would other emergency procedures.

UAS incidents at airports have raised concerns of gaps in safety and security and underscored the need for airports to have clear policies to deal with these incidents. The Blue Ribbon Task Force on UAS Mitigation at Airports engaged in expert-led dialogue to produce a trove of collated information from stakeholders, and ultimately establish a policy framework for UAS mitigation at airports and how best to mitigate this threat. The work in intended to lead to and inform future conversations about UAS mitigation at other facilities (national landmarks, stadiums, public gatherings, prisons, military bases, etc.) as well as to refine the procedures for airports and their partners to follow.

The Task Force recommendations are focused on:

The Task Force brought together a cross-section of stakeholders representing the airport, UAS, and manned aviation communities to refine procedural practices and provide a policy framework to address the timely and critical issue of incursions by unauthorized UAS at airports and how best to mitigate this threat. In developing its final report, the Task Force conferred with dozens of industry stakeholders including airports, UAS manufacturers, airlines, pilot groups, U.S. and Canadian government officials, military, commercial businesses, aviation stakeholders, and academia.

The full report can be downloaded here. For more information on the Blue Ribbon Task Force please visit UASmitigationatairports.org.