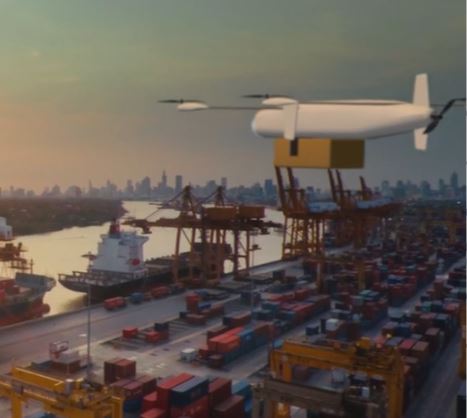 Airbus announced at the Singapore Air Show on 7 February that is has launched the Asia-Pacific operations of its “Airbus Aerial” commercial drone services in Singapore.

“The first target of the Singapore team will be to explore potential within the Asian regional insurance market and extend Airbus Aerial’s footprint from the U.S. and Europe to the Asia-Pacific region,” according to the company. “It will gather information to provide relief and recovery in disaster prone regions with dedicated disaster management support, and also identify local possibilities including agriculture, critical infrastructure monitoring like power lines and railroad, and oil and gas mining where the business model may fit.  Airbus Aerial Asia also aims in the next years to offer cargo drone services with autonomous logistic systems, applying the principle of supporting an open ecosystem while seeking strong partnerships with technology providers and drone operators in the Asian region.“

“We have chosen Singapore as the headquarters for our Asia-Pacific operations because it is a well-established regional hub with excellent connectivity to key countries such as Australia, India, Japan and China,” said Jana Rosenmann, Head of Unmanned Aerial Systems at Airbus. “It is also a great centre for innovation and potential partnerships, enjoying strong support from the local government for start-ups as well as the development of smart technologies.”

The Asia-Pacific base of Airbus Aerial is led by Bernard Leong, who joined Airbus in January 2018. Previously, he was Head of Post Office Network and Digital Services at Singapore Post, with a business and technology management background, including drone delivery and autonomous vehicles within the Asia-Pacific markets.