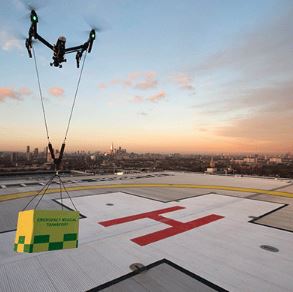 Bradford, London, Preston, Southampton and the West Midlands will work with the UK-innovation foundation NESTA Flying High team (https://www.nesta.org.uk/news/five-cities-bringing-drones-uk) over the next five months to look at how drones could be used in their communities. From using drones to support public services to the commercial opportunities that might exist, they will explore the public attitudes, environmental impact, logistics and safety of drones operating in complex urban environments.

“Each city boasts credentials in areas from aerospace to robotics and autonomous vehicles, and many have unique approaches to public engagement and local economic development, making them exceptionally well placed to deliver on both the technical and societal aspects of the programme.