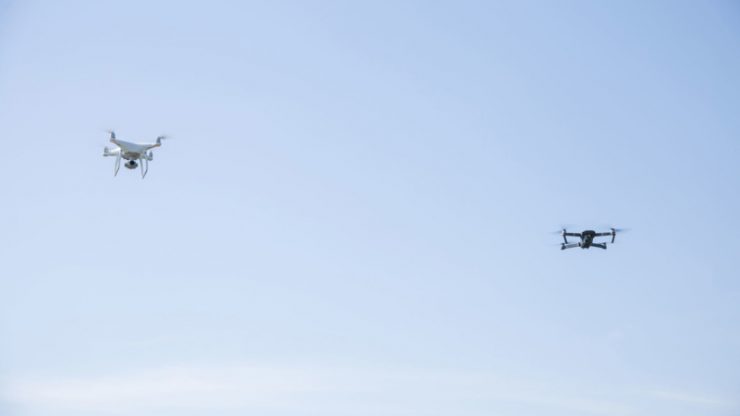 According to an AirMap press release, MAAP’s UPP2 demonstration tested strategic deconfliction, conformance monitoring, and remote identification across five use cases, each of which relied on the InterUSS platform for data sharing. Use cases one, two, and three used InterUSS to support the sharing of operational intent between eight operators controlling twelve UAS across various missions including damage inspection, search and rescue, and recreational flights. In many cases, the operational areas overlapped and required strategic deconfliction between the various operators and USSs. Operators using an AirMap mobile application could view the operational volumes and UAS volume restrictions (UVR) from other partner USSs in the same area, giving them necessary information to visually deconflict with other flights and comply with airspace restrictions.

In use cases four and five, public safety officials used network Remote ID to identify several drones flying nearby. Using a Remote ID display application with enhancements enabled by the ASTM standard, the public safety officials were able to confirm that Wing had FAA permission to fly in a TFR and obtain details about the operator not visible to the general public. When public safety officials used Wing’s application, they were able to request information about an AirMap flight. That flight’s waiver ID and compliance details were retrieved from AirMap and displayed on the Wing application. Curious bystanders could also use an AirMap mobile application to get information about the nature of the Wing operation and to remotely identify a drone operation belonging to any of the other partner USSs connected to the network.