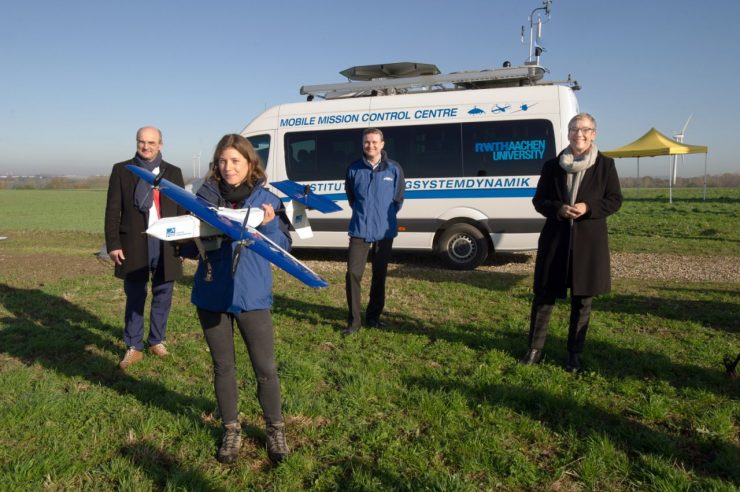 The cross-border project called Grenzflug between Lehrstuhl und Institut fϋr Flugsystemdynamik, and RWTH Aachen and Stadt Aachen has completed its first fully automated drone flight between Germany and the Netherlands to support search and rescue missions.

The cross-border flight premiere is an important step for the Urban Air Mobility Initiative of the MAHHL-cities (Maastricht, Aachen, Hasselt, Heerlen, and Liége). According to Sibylle Keupen, lord mayor of the City of Aachen, says: “Drones provide versatile innovation potentials for our society. I am delighted that we can now develop such innovative technologies for citizens on either side of the border.”

The test flight was carried out by the tilt wing aircraft Maverix which takes off and lands vertically. It covers long distances at a high speed and operates fully automatically even beyond the visual line of sight of the controller. It is equipped to aid emergency services in search and rescue missions even in critical weather conditions.

The “GrenzFlug” project is integrated into the Urban Air Mobility initiative, which the city of Aachen joined in September 2018 to become part of the association of MAHHL cities: Maastricht, Aachen, Hasselt, Heerlen, and Liège. The initiative of the European Innovation Partnership on Smart Cities and Communities, EIP-SCC for short, aims to accelerate the use of innovative aviation technologies and their implementation in urban and regional areas.