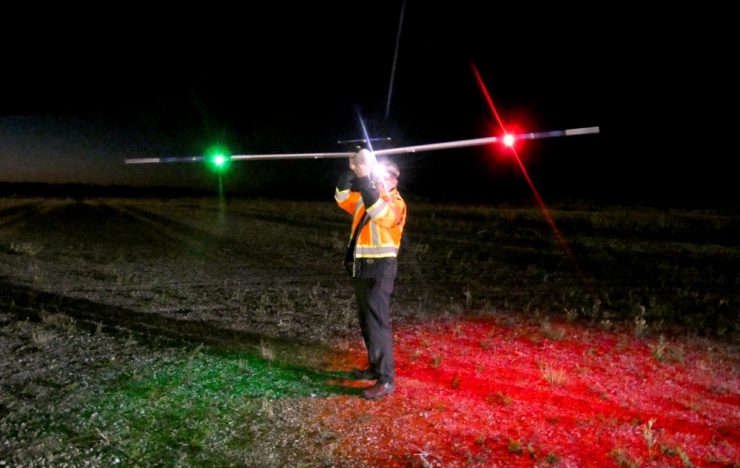 Stratodynamics stratospheric glider HiDRON achieved a flight height of 111,434 ft (33.9 km) in a beyond visual line of sight (BVLOS) night flight supported by the Canadian Space Agency and the French Space Agency (CNES). It is the first UAV above 29,000 feet to fly semi-autonomously in Canada’s Class A airspace. HiDRON was released from a Canadian Space Agency scientific gondola to perform a four hour controlled flight at this height before landing at Iroquois Falls Airport about 80 km from the Timmins, Ontario launch site. The flight was conducted in collaboration with UAVOS and is part of the 2019 Strato-Science Balloon campaign at the balloon base in Timmins, Ontario. Prior to the launch, the Stratodynamics and UAVOS teams advanced aspects of the HiDRON including the transponder, stratospheric flight controls, data links, and safety protocols. The HiDRON features UAVOS’ autopilot AP 10.3 Micro.

The flight achieved the highest altitude flight of a UAV or Remotely Piloted Aerial Systems (RPAS) in Canadian aviation and is the first release of a UAV from a scientific gondola in Canada.

The flight is the culmination of 12 months of international collaboration and planning with colleagues in Canada, Belarus and Slovakia and was the second of two flights commissioned to test AMON Airglow detector from Stratodynamics’ client, the Institute of Experimental Physics at the Slovak Academy of Science. The Slovakian team, lead by Pavol Bobik, was searching for a cost-effective method for the AMON detector to have a clear view upwards unencumbered by a weather balloon blocking the view. The AMON detector is planned to participate in EUSO-SPB2 mission that will fly on a long duration NASA balloon in 2022.

Stratodynamics was issued a Special Flights Operation Certificate (SFOC) from Transport Canada and a Flight Authorization from NAV Canada as the HiDRON UAV glider would be flying semi-autonomously, beyond visual line of sight, and in controlled airspace. This campaign was part of a BVLOS demonstration project under the LOOKNorth program with funding contributions from C-CORE, the program’s host organisation.