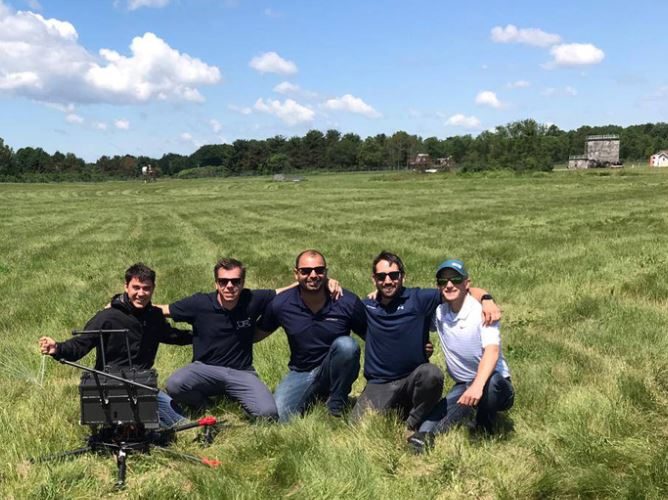 This is the second parachute standard validation performed by NUAIR, advancing the potential for commercial drone package delivery and routine flights over people, reports the test site.

“NUAIR’s testing at the New York UAS Test Site to validate the parachute on Flytrex’s package delivery drones is helping move this company and others toward commercial UAS activity that will build the drone industry and other industries in Central New York and the Mohawk Valley,” said Empire State Development President, CEO and Commissioner Howard Zemsky.

“Flytrex has already made impactful strides in safe drone integration as a part of the FAA’s Integration Pilot Program and with the successful validation of its parachute, makes even more advanced flights possible — ushering in a new era of on-demand delivery that breaks down industry limits and sets higher safety standards,” said NUAIR.

“When it comes to commercial drone operations, safety has to be a main priority,” said Yariv Bash, CEO and co-founder of Flytrex. “We chose to work with Drone Rescue Systems [DRS] not only because they are the experts when it comes to keeping drones safely above our heads, but also because we share the same vision of making commercial drones a viable option by upholding the highest safety standards. Our confidence in these tests is bolstered by NUAIR’s strong track record, having managed the testing of the world’s first certified parachute recovery system. NUAIR is at the forefront of safety regulation, and we’re pleased to be testing with an experienced and capable partner.”

Drone Rescue Systems’ M600 parachute is designed to reduce the risk of harming people on the ground, by bringing down equipment safely, in the event of a drone malfunction. Its patented mechanism deploys a parachute within milliseconds and only takes a few minutes to re-pack the system and relaunch the drone. The DRS-M600 is equipped with a traceable “black box” which stores flight data, much like those on manned aircraft, so in the event of a malfunction, the data can be recovered and analyzed to determine why the parachute was deployed.

NUAIR, which manages the FAA-designated New York UAS Test Site at Griffiss International Airport in Rome, put Flytrex’s DRS-M600 equipped DJI Matrice 600 Pro through 45 functionality tests across five different failure scenarios. The tests were successful, proving that the DRS-M600 complies with the American Society for Testing and Materials (ASTM) International standard specification for small UAS parachutes, opening the door for Flytrex to get a waiver to operate its drone over people. The ASTM consensus standard was developed by the FAA and other industry stakeholders in late 2018 after more than a year of work.

On the same day New York Governor Andrew M. Cuomo announced a wide ranging series of economic development partnerships between New York State and Israel including drone operational research. As part of the agreement, New York and Israel will establish a Smart Cities Innovation Partnership, a new initiative that will share innovative technologies, research, talent and business resources between cities in New York and Israel. The Governor also announced that New York’s Hot Spot and Incubator programs will now implement a new focus on Israeli companies who want to invest in the Empire State.