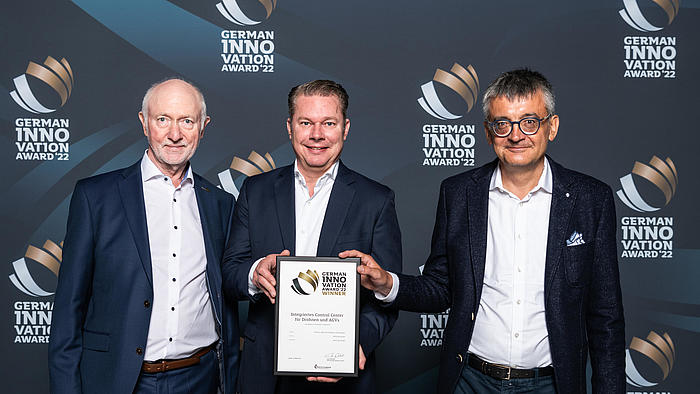 HHLA Sky has received a German Innovation Award for outstanding innovation performance in the special category “#W2 Excellence in Business to Business – Aviation & Maritime Technologies”. The award was presented for HHLA Sky’s process integrated control centre. The process management software is designed to actively manage and monitor more than 100 automated drones or mobile robots simultaneously – outside the range of vision of the operator in the control centre at locations around the globe. This solution convinced the jurors in terms of innovation, user benefits and economic efficiency, says the company press release.

The German Innovation Award is presented by the German Design Council. It is the second award presented to HHLA Sky after winning last year’s Deutsche Innovationspreis, another key German innovation award.