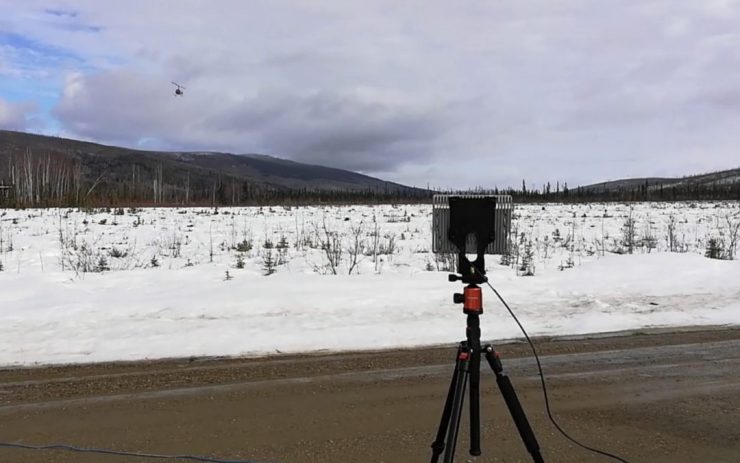 The Federal Aviation Administration (FAA) has selected Vigilant Aerospace to carry out flight testing with multiple radar systems as inputs to the company’s detect-and-avoid and airspace management system, FlightHorizon. The tests will be conducted at the Alaska UAS Test site operated by the University of Alaska Fairbanks. The programme under which the contract was awarded is intended to assist in the integration of unmanned aircraft systems (UAS) into the US National Airspace System (NAS).

Vigilant Aerospace’s contract project is titled, “Enabling Unmanned Aircraft Systems Beyond Visual Line-of-Sight Flight Operations with a Detect-and-Avoid and Air Traffic Situational Awareness System.” FlightHorizon accepts inputs from multiple data sources, fuses the data into a single picture of the airspace and air traffic, predicts trajectories and potential conflicts and then provides avoidance advisories to the unmanned aircraft pilot. This helps UAS pilots to remain a safe distance from manned air traffic. The system is currently used by two of the FAA’s Integration Pilot Program teams.

“We have had an excellent experience working with the Alaska UAS Test Site in the past as a member of the Alaska Integration Pilot Program (IPP) team and look forward to this opportunity to advance the industry through the rigorous testing of multiple sensors for tracking of air traffic in FlightHorizon for detect-and-avoid,” said Kraettli L. Epperson, CEO of Vigilant Aerospace.

The contract was awarded under the Broad Agency Announcement (BAA) Solicitation Number 692M15-19-R-00020 Call 001. The public solicitation was announced on June 3, 2019 and the announcement described it as “a means of soliciting proposals related to integration of Unmanned Aircraft Systems (UAS) into the national airspace system (NAS).”

The solicitation was made by the FAA, including the Unmanned Aircraft Systems Integration Office (UASIO), UAS Program and Data Management Branch.

The contract was awarded after a review process including the submission of a topic-specific white paper followed by a detailed proposal.

Call 001 requested White Papers around 9 specific topics critical to the integration of UAS into the NAS:

The solicitation states that contracts are to be awarded for work at the seven designated Federal UAS test sites across the US: University of Alaska Fairbanks, North Dakota Department of Commerce, New Mexico State University, Griffiss International Airport in New York, State of Nevada, Texas A&M University at Corpus Christi, and Virginia Polytechnic Institute and State University.