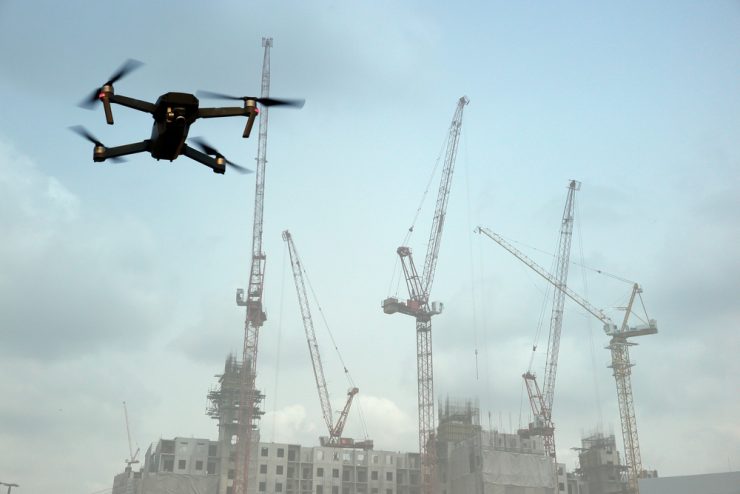 “We view UTM and U-space as establishing the future of the management of all airspace, from the surface to Space for all users, existing and emerging,” said Mildred Troegeler, Director of Global Airspace Integration at Boeing NeXt, speaking at the April 1 GUTMA Connected Skies webinar Advanced use of connectivity for drone operations. We are already on the path of increasing autonomy in ATM, she said, and UTM/U-space allows this work to progress at a much higher pace in a safe and controlled environment to truly explore the art of the possible. “It will be a long and carefully controlled journey and without the engagement of the telecommunicaitons industry this is a pathway with a potentially missed opportunity,” she said.

Key to the future will be reliable, timely and secure communications as critical enablers to future airspace and ATM concepts such as UTM. “A fundamental constraint is spectrum and we will need to find new ways of delivering communications solutions sufficient to meet the demand,” she said. “We may need to think beyond the existing solution space of protected spectrum.”

As an example of Boeing’s work in this area the company recently organised a firefighting and recovery operation with (Boeing company) Insitu in Victoria, Australia. An Insitu unmanned air vehicle operated at altitudes up to 7,000ft and 60 miles from launch and recovery point with the flight crew situated more than 1,000 miles away communicating via the LTE mobile network. This established an important precedent than can be radically extended to UTM, said Mildred Troegeler, as the company had to ensure the regulator had sufficient confidence in the reliability of the system. “This is a line in the sand which we hope to incrementally advance with the various authorities, and is really key to building on the success of partnering with broader spectrum of authorities and mobile network and service providers,” she said.

“With these standards you can move a lot of computing requirements to the edge – you can have networks created on the edge where drones are communicating to each other for cooperative operations or separation assurance,“ he said, in considering the UTM implications of these new technologies and standards,

A set of distinct underlying principles need to be developed against which an operational UTM solution can be measured and cellular has a role to play (in bold, below). UTM uses cellular networks primarily for tracking – but from a broader drone operational viewpoint, where cellular is being considered for command and control and to support BVLOS operations, “the good thing about the standards evolving is that they have latency levels of around 150 milliseconds, which works great because the human reaction time is slower than that,” said Amit Ganjoo.

The 3GPP system will also support high reliability even in high-speed mobility applications – such as high-speed trains – and the reliability goal is near 100%.

Building a UTM function within the drone management and communication system is another key feature of emerging drone-cellular network developments.

KDDI has already started using its mobile cellular system to manage drone operations via its Smart Drone Platform (SDPF) service, said Tetsuya Chiba, Director of European Research Office, KDDI. “This handles not only the communication and connection management functions but also the management of the drone itself and the operation control and assists in the management of weather and navigational data. Included in the SDPF is a UTM function, provided with partners – Zenrin, for the mapping function – and TerraDrone for the dedicated UTM system.

“Real time control using 5G and 4K HD video is now possible,” he said. “A 4K camera at a low latency mounted on a  drone and it flies over the 5G area transmitting 4KHD video in front of the drone.”

Given the problems of supervision and technical and financial issues involved in using satellites for communications 4G and 5G mobile metwork are now essential for the industry, according to Xin Wang, an Engineer with China Unicom, and telecom providers are playing an increasingly important role in the industry. For example, China Telecom now provides customised antennas, customised drones and airborne modules along with value added services such as insurance, weather broadcast and topography services to clients in China.  In reply to a question from Barbara Pareglio, Technical Director, GSMA IoT Program and moderator of the event, Xin Wang said that China Telecom’s drone operations network had been developed as a private, customised service for drone use, separate from the public network. “The 4/5G network can provide real time data transmissions involving control commands, telemetry and service contents; it will reliable and stable air-to-ground communications capacity and also helps high-level autonomous flying and low-latency access control and improving flight safety.”

An audience of 96 participants took part in the webinar, which was organised for GUTMA by https://www.manageld.com/.

Further webinars in this series:

What data can be collected, processed and stored at the edge of the mobile network to increase the scalability and value of drone services.