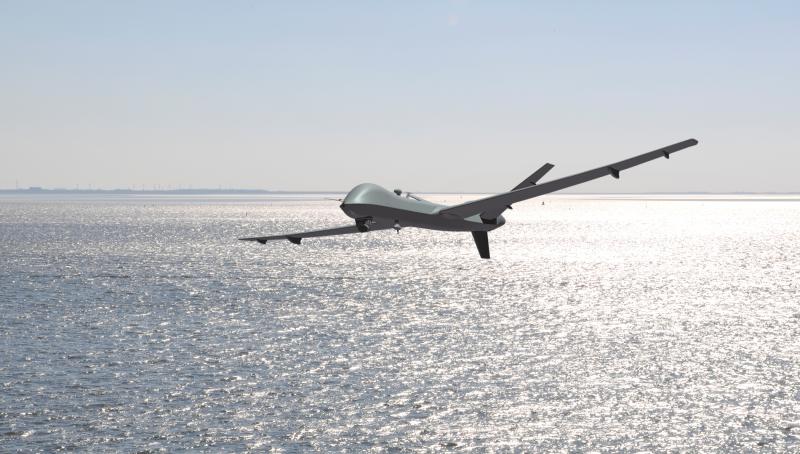 Together with GA-ASI, NLR collected data for procedures of a Real time simulation (RTS) experiment. The results are summarized in a paper ‘MALE RPAS integration into European airspace’ in which various unforeseen situations occurred near a (civil) airport, such as communication problems with the drone and engine failures.

NLR is using two simulators, namely the NLR ATM Research Simulator (NARSIM) and the NLR Multi Unmanned aerial system Supervision Testbed (MUST). Here, NARSIM simulates air traffic and provides working positions for air traffic controllers and aircraft pilots. MUST functions as the RPAS simulator and as the ground control station the remote pilot uses to fly the RPAS. The combination of these two simulators is referred to as the MALE RPAS Real-Time Simulation Facility (MRRF).

Enabling MALE RPAS to operate on a file-and-fly basis just like airliners would unlock numerous civilian applications of these new aircraft types including infrastructure inspection, search and rescue operations and quickly mapping events such as natural disasters.

One of the key challenges in integrating MALE RPAS into the airspace is to ensure that they always remain a safe distance from other traffic, even in the unlikely event that an air traffic controller fails to notice a conflict involving the RPAS. Detect and Avoid (DAA) technology makes it possible for RPAS pilots on the ground to have a clear picture of the traffic situation around their aircraft in the air. The DAA System, such as the one produced by GA-ASI, also provides alerts and guidance to resolve conflicts if they occur by performing two distinct functions. The first function is known as “remain well clear” and it enables the RPAS pilot to maintain a sufficient distance from other traffic. If a conflict situation escalates, then the second function, known as “collision avoidance”, helps the pilot to make an evasive maneuver and avoid a collision.