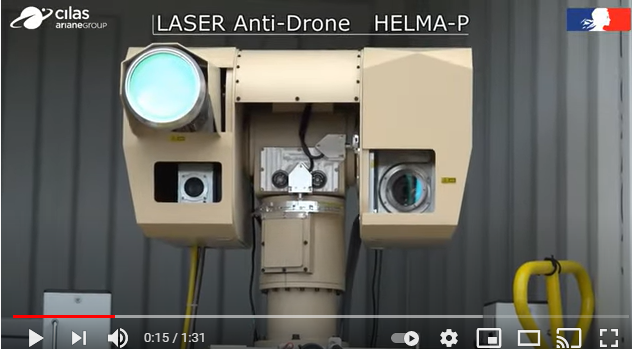 According to Drone DJ, French company Compagnie Industrielle des Lasers (CILAS) is testing a laser that can bring down a drone flying at 30 mph from a distance of 1km. CILAS executives have described the unit as being at a very advanced stage of development, and almost ready to take to the market.

Drone DJ references a report in Popular Science which describes the functioning and testing of the unit. Trials used a manually guided laser honing in on drones tracked by French military radar. The system can be connected to any kind of monitoring and command configuration that incorporates at least two cameras: one filming the wider setting, the other focusing in on the UAV. Data from the two feeds allows the precise location and distance of the target to be established.

CILAS is part of a group of French defense and security companies working in coordination with the French military to develop technology primarily designed for armed forces, but adaptable to private clients as well. Its counter drone High-energy Laser for Multiple Application – Power (HELMA-P) system figures into both categories.