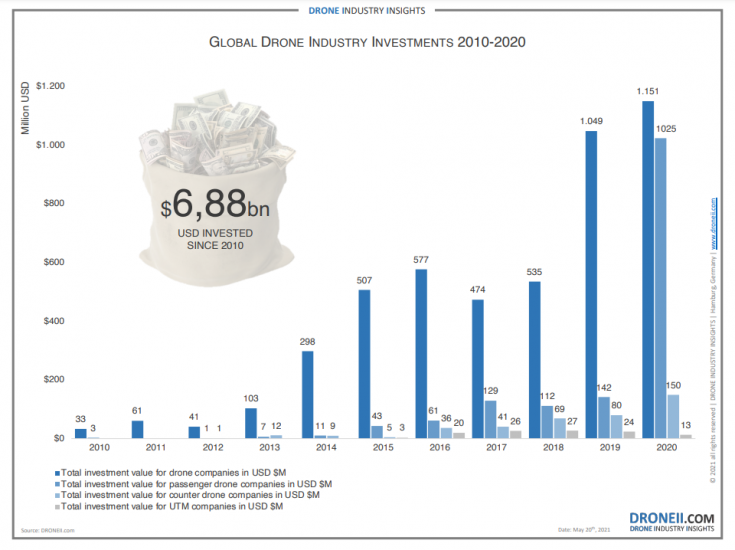 The hardware segment accounted for USD2 billion of total investment, driven in particular by the passenger market.

According to the company, North America continues to be the dominant region for investing in drones with 62% of investment value across the world. This is, however, a decrease from last year’s share of 71% of drone investments, which means that other regions are receiving more investments. The region that gained the most ground in this regard was Europe, which gained 8% from its share of the value. Nevertheless, the other regions such as Asia, Middle East and South America also gained share from the overall investment value. The only region to lose ground was Oceania.

Focusing more specifically on countries for drone investments and on the number of deals rather than the value of these deals, the USA continues to be the country with 33% of drone investors focusing on companies in the United States. The next top country in 2020 was Germany with 9.6% of drone investment deals that represented 14.1% of total value. Rounding off the top 5 are Israel, Japan and China, which fits well with the general pattern of the past decade. From 2010 to 2020, the top countries to invest in drones (in terms of value) have been the USA, China, Germany, Israel, and Canada.