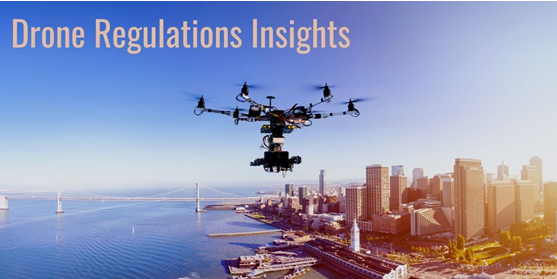 According to a new report released by Drone Industry Insights (DRONEII), 35% of industry experts say that drone regulations remain the biggest hurdle for growth of drone operations.

The Drone Regulations Report 2020 finds Singapore, UAS and Poland are best prepared for drone operations, “due to improvements in operational scope of drone regulations and because of better integration of drones into their respective airspaces”.

Singapore tops the ranking, having developed their operational scope significantly by making non-standard operations (beyond the visual line of sight – BVLOS, in controlled airspace, etc.) possible through standard Specific Operations Risk Assessment (SORA) methodology. Meanwhile, Poland – a new addition to the ranking – has come second in the DRI, largely due to their increased airspace integration efforts and stakeholder involvement in those. Finally, the UAE has come in third thanks to the significant advantages they present within administrative infrastructure, more specifically the prominence of e-governance.

Among other findings, the report says regulators are improving standards to bridge gap between UAV-industry and aviation authorities. International standards are being developed through organizations like ISO and EUROCAE.

Drone rules and regulations are immensely difficult to implement successfully without standards. These involve standards on drone platform manufacturing, as well as standards vis-à-vis drone operations. The role of standards is largely to fill a gap between the industry powering ahead with new technology and the aviation authorities looking to keep drone operations safe and their integration into the airspace smooth. Which standards are currently being developed, by whom and for what aim is further described in the Drone Regulation Report 2020.