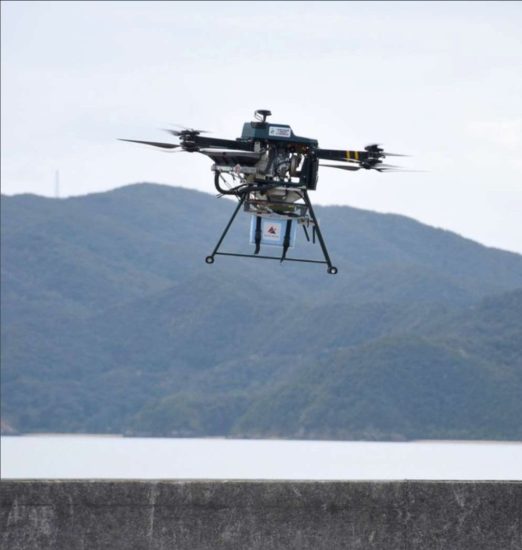 Drone technology tests above the inland sea close to Okayama, western Japan, are helping to inform industry development following the loss of one unmanned aircraft in the sea. A consortium of five companies including All Nippon Airways (ANA) were undertaking tests in the area early in the year. The tests focused on delivery operations to residents in hard-to-access areas including island communities.

On 24 March 2022, one of the deliveries to Oshikaku Setouchi town resulted in a crash and the aircraft was lost in the sea. The loss followed an initial successful flight testing a 6 km delivery route. However a second flight scheduled for a 32km test route failed roughly 2.7 km into its trip. Efforts are still being made to locate and recover data from the experimental drone, developed by Ishikawa Energy Research Group (IER). No one was injured in the incident.

A further flight was stopped shortly after due to deteriorating radio transmission signals.

Japan aims to use data from tests such as these, along with future trials, to create safer systems and help the industry to develop. An industry expert observed: “While losing the aircraft is certainly a technological loss, these situations tend to rapidly improve the overall ecosystem.”