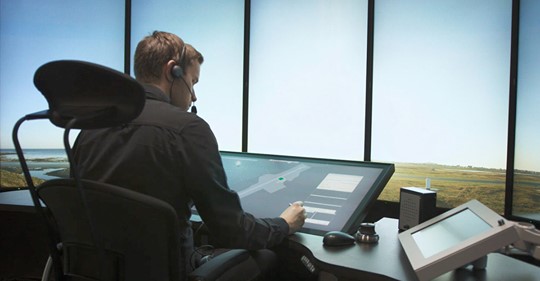 Andøya Space Center in Norway has installed an airspace management system supplied by Indra Navia in order to safely perform complex drone operations alongside manned traffic. The Space Center supports complex drone missions, however close promixity to Andøya Airport requires careful airspace management procedures. Indra has merged technology used to provide air traffic management with drone management software to manage both manned and unmanned air traffic. The processing and display system receives Automatic Dependent Surveillance – Broadcast (ADS-B) signals to detect and display air traffic movements on a single ATC screen. The ADS-B antenna located at the top of nearby Ramnan mountain covers an area of 150 nautical miles from south of the Lofoten islands up to the city of Tromsø.

Space Centre Operations Manager Mats Mikalsen Kristensen says the system supports testing using more complex scenarios than before. “The system enables us to have several drones airborne at the same time, while still having the position of the drones, their flight trajectory, and where they will be in a few minutes. We want to integrate it fully with the range control and range safety system.” The system is significant as it enables the Space Center to start testing the concept of U-space in dynamic airspace alongside manned aircraft.

The Indra Navia system is based on the same technology already in use worldwide at airports. Indra Navia Tower Systems Manager Tom Andre Tarlebo added: “The project demonstrates it is capable of tracking manned and unmanned air traffic and display the information on a single screen.” The company plans to include more advanced functionality, such as security alerts and flight plans.