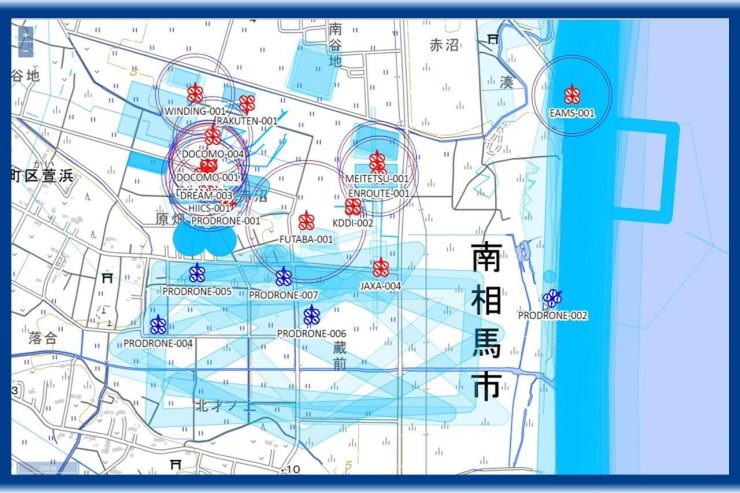 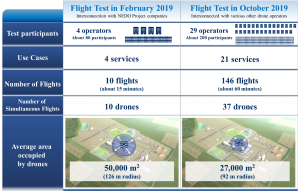 As part of the NEDO Project flight control devices were fitted on board the drones to report the position and speed of drones to the traffic management system during flight.

“In the October interconnection test, the Integrated Traffic Management Function and the Information Provision Function were connected via a network so that general drone operators not involved in the NEDO Project could participate. To improve the security of the network, firewalls and intrusion detection systems (IDS) were installed, authentication keys were distributed to the providers connecting, permitting only approved operators to connect. In addition, managing flight plans and flight conditions assuming multiple simultaneous drone use cases such as multiple drone weather observation, and multi-drone formation flights for delivery. The NEDO Project also verified and evaluated the use of airspace and flight rules for the safe operation of these drones through traffic management simulations.”

According to NEDO the results of this interconnect test on individual technologies were as follows:

In future operations the NEDO Project plans to improve the user interface so that many more operators can easily participate in interconnection tests.