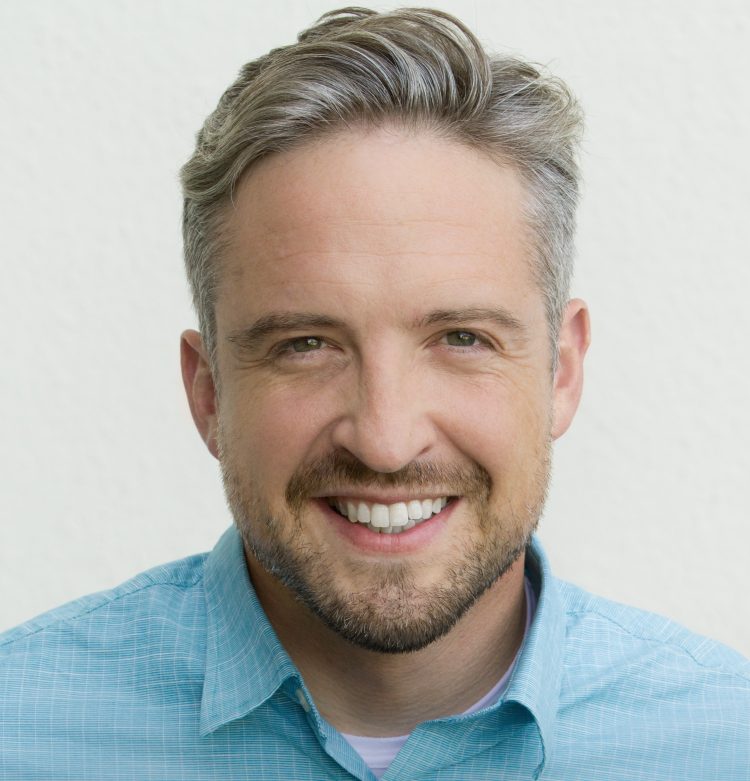 For most commercial drone operators worldwide there is one overriding concern: how can we unlock the true potential of the industry by providing secure beyond visual line of sight (BVLOS) services? The theoretical answer has been known for some time. If we could safely and seamless connect drone operations to mobile network operator (MNO) networks with a guaranteed level of reliability and robustness it will open the door to a whole new era of drone operations. It will mean more autonomy, more capable command-and-control, an airspace management system based in tracking and communications over long distances, real-time streaming high definition video and a host of other applications.

Jonathan Evans is the new director of global aviation policy for AirborneRF, a service which has developed the technology to do exactly that – connect cellular networks with aviation systems in ways which work for both.

“The telecommunications and aviation systems are not ready-made to make the connection – but what I saw in AirborneRF is the actual bridge to both endpoints and which speaks the language of both industries,” says Jonathan. “And the reason that this partnership is going to be so vibrant is because now they really have an aviator in the room that cares and speaks enough geek.”

He was a cofounder and President of the Global UTM Association (GUTMA) for its first three years, and remains an honorary member and he continues to be a successful entrepreneur, technologist, and standard bearer for global interoperability.

Connecting the worlds of aviation and telecommunications has become a passion for Jonathan. It requires an understanding of not just the technical and institutional differences that divide the two industries but the cultural differences, too.

“My work, up until now, has very much been in the cultural bridge. I’d say my high-water mark and my real moment of departure when I knew I could leave the Skyward and the GUTMA projects was at the Connected Skies event in Portland when I was able to invite those two industrial rivers to a confluence there…..Once you get them talking you can start to identify what pieces and parts you are putting together. What do you want to standardise? What is the technical bridge once you’re speaking the same cultural language?

“It’s interesting to take an RTCA representative who is working really hard to develop aviation standards to the level of robustness that we trust when we walk down a jetway. That means they have to have a certain degree of inertia to define that set of risk mitigations; it is an amazingly ensconced community. So when they start to look at an LTE network they need to have it defined in terms of performance-based standards, of five-nines, or nine-nines, or whatever.

“I need to know where and when and how I can trust that signal if you’re going to attach an aircraft to it or navigate aircraft with an airspace in a way that will avoid colliding with another aircraft. But the response from the MNO side, is actually on pitch. They have already developed a whole table of those standards for latency, throughput, reliability of signal, range. They have an equally deep and rich engineering culture and system, but completely separate.” 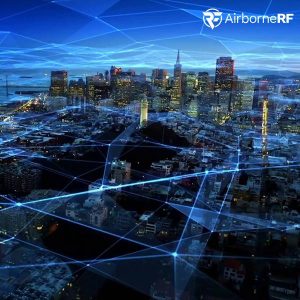 So how can the two industries come together at an operational level? AirborneRF is a connectivity data platform for BVLOS drone operations in cellular networks, providing essential; information about where drones can fly without losing wireless connectivity.

“If you look what AirborneRF is doing, they’re actually making those connections,” says Jonathan. “They know how to do the call and response between aviation and telecommunications.”

“AirborneRF is a really well-designed on-the-top (OTT) network and elegantly designed for speaking to aviation’s needs and performance-based standards and certification of connectivity. The JARUS SORA framework revolves around being able to build a matrix of risk mitigation around these kinds of concepts – like how guaranteed is the signal. With AirborneRF we have that connection.”

One of the characteristics of any industry is the belief that it is unique. For aviators, it is easy to think that the rules and regulations developed for safe flight set it apart from other sectors. For telecommunications companies, the need to protect data about location and usage by individual customers for commercial in-confidence reasons, at first sight at least, makes sharing operational data among users a challenge. But Jonathan Evans does not see as being that far apart.

“There’s an almost equal concern for what is connected to the network. Telecommunications companies are super-sensitive about their networks and see them as proprietary IP – in terms of location of towers, transmission rates and channels. That’s all very proprietary information to the networks. But drone operators are looking for a new type of Internet-of-Things service that will allow them to use all the towers in line of sight. But the telecoms companies haven’t developed algorithms for that and they won’t want to sacrifice the actual business model.”

So how does AirborneRF square these difficulties?

“AirborneRF has done a really robust and elegant job of getting the information from the underlying network that is needed to enter the aviation environment while protecting the proprietary nature of that data. We’re a firewall. So, the telecommunications company trusts AirborneRF and has earned that trust.  Dr Thomas Neubauer, one of the main leaders of the AirborneRF programme, is also the vice-president of business development for TEOCO, a vendor to telcos and MNOs for diagnostic software about their networks. We know those sensitivities and how to disambiguate them.

“After all, MNOs are very sensitive about their networks. They want to know if the network is being being interfered with and want to be able to guarantee levels of security. They want to optimise the signal so when they are charging for a new kind of connectivity service in an aviation-grade package they will want to say: ‘Not only can I guarantee you the signal, but I can optimise it for you across your flight trajectory. And now I have a premium service on top of the network.’”

The benefits to drone operators of being able to fly within a network with a guaranteed level of service will be multiple, says Jonathan.

“If you are in the USA and can get an airworthiness certificate for your drone and you include aviation-grade connectivity, as defined by the ICAO set of taxonomies, then you can simply go on-line and start an application under a 135 certificate and that’s all you will need. Google is doing that with Wing right now.”

But AirborneRF has applications beyond commercial drone operations – one of its key customers will be UTM service suppliers, working in competition and in cooperation with other UTM service suppliers to manage the airspace tactically. One of the biggest challenges facing these companies is to work within a network which is flexible enough to allow for the introduction of thousands of new drones and more autonomous, varied and complex concepts of operation.

“AirborneRF has been designed for distributed, federated, non-centralised traffic management,” says Jonathan. “But how do you scale it? You federate it. The bottleneck right now is the top-down design system of air traffic management and central control of it.  But if you move to an order of magnitude of two or more robots joining the same airspace, you must organise them at the edge in an intelligent way, just like we do with the internet. It is really like a DNS of the sky.”

“And there’s a distributed quality to this – how do you stay connected to the internet in most of these airspaces? MNOs. That’s how you scale.”