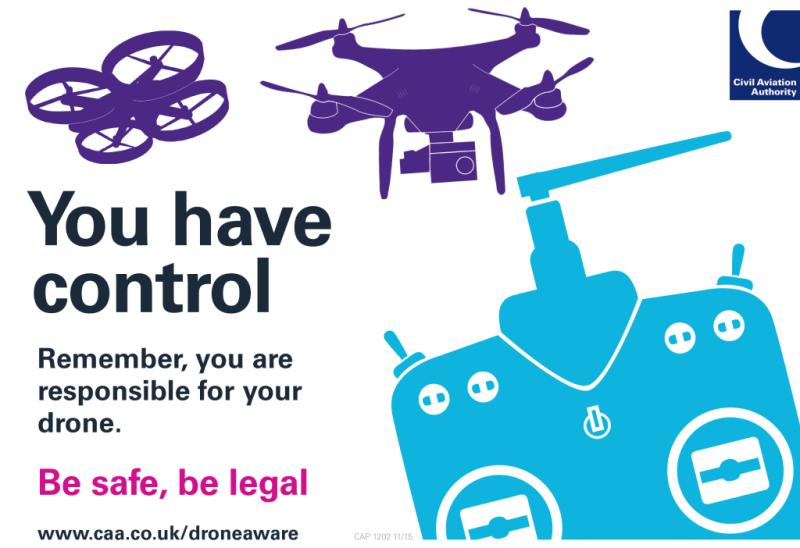 In June 2022 the CAA consulted on whether to extend the Legacy and Transitional UAS provisions in the Open category. The CAA believed an extension to CAP 2367 would likely be necessary due to the UK not having in place the necessary infrastructure to move away from non-class marked UAS, to class marked UAS by 01 Jan 2023. Namely:

The purpose of the consultation was to gauge stakeholder support for, or against, an extension to the Legacy and Transitional UAS provisions described above, and for how long, and to better understand the impact of making this change, or not.

The consultation is now closed and the CAA has published the following findings:

In total the CAA received 4506 responses across the five questions posed. The RPAS Policy Team who instigated the consultation would like to make clear every response was individually reviewed by the CAA. The following is a statistical breakdown of responses from questions 1 through to 4.

The CAA asked: “Would you be in favour of extending the provisions for Legacy category UAS in the Open Category”

The CAA asked: “Over what additional period should the extension for the Legacy category be valid?”

The CAA asked “Would you be in favour of extending the provisions for Transitional category UAS in the Open Category?”

The CAA asked: “Over what additional period should the extension for the Transitional category be valid?”

The CAA asked an additional question that provided our regulated a community an opportunity to discuss their choices in greater detail. “Do you have any additional comments in relation to the proposed extension, including any impact of either extending, or not extending these provisions may have for you?” In total the CAA received 2411 responses to this additional question. Each of the 2411 response comments were read and grouped accordingly. What emerged were some common themes outlined below.

A significant proportion of respondents were concerned about the environmental impact of having potentially thousands of UAS, many of which still functional, becoming e-waste at the end of the transitional and legacy periods. You said at the point Class Marked UAS are available then the industry would see a natural retirement of legacy and transitional UAS.

The majority of responses focused on the economic impact of having to upgrade to Class Marked UAS after investing significantly in Legacy, and Transitional UAS. The CAA were told the current regulation, if allowed to continue, would push not only recreational, but also commercial operators out of the market.

A significant percentage of respondents made the argument against Class Marked UAS in the Open Category. Citing the low volume of incidents that currently occur between those who abide by the current regulatory regime.

Clarification of the CAA’s role

A common theme in the responses is the assumption it is in the CAA’s power to make this decision alone. Changes to policy and regulation are made by the Department for Transport the Government. When the CAA identifies an area of policy or regulation to update, create, or amend, we submit an opinion to the Department for Transport who will consider it. As discussed in Chapter 3, the CAA has submitted our opinion on this matter to the DfT for consideration.

There is a clear and significant majority who favour an extension to both provisions beyond twenty-four months. This has been a valuable exercise for the CAA to learn why the regulated community was in favour of this. It has shaped our own opinion significantly and moulded our response to the Department for Transport.

To that end, the CAA have recommended to the DfT that: All provisions should be extended indefinitely and the class marking scheme should be reevaluated. This will form part of a larger investigation into the current UAS Open Category regulatory framework and what is most suitable for the United Kingdom. This is to ensure any solution suitably addresses the needs of the community as well as addresses safety and security risks in a proportional manner. Notwithstanding a re-evaluation of the class marking scheme an extension should be indefinite at least until the consumer can purchase Class Marked UAS on the open market. At that point, consideration could be given to the re-introduction of a transitional period. This would ensure that the regulated community has a suitable amount of time to naturally phase out older UAS whilst at the same time having the option to purchase Class Marked UAS. This approach would significantly mitigate almost all areas of concern raised in the responses to the consultation. Details of the recommendation to government, including the policy objective, rationale and draft regulatory text, will be published on the CAA Safety policy and legislation project tracker website in due course.