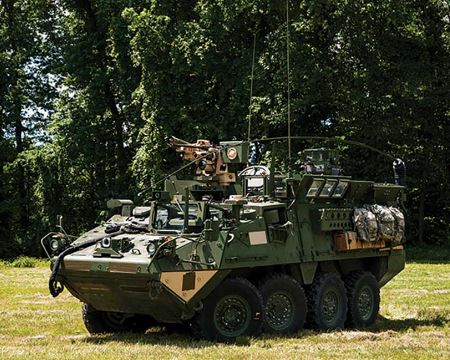 The US Army has launched a request for information (RFI) to identify qualified industrial vendors who can provide compact, rugged, and modular subsystem technologies for multi-mission high energy laser (HEL) weapon systems. This system is to be installed on combat platforms to counter unmanned aerial system (UAS), and intelligence, surveillance, and reconnaissance (ISR) threats, as well as provide ISR. Areas of interest for HEL sub-systems include: beam control systems (BCS), high energy lasers, high capacity power storage, compact power generation, adaptive optics, image trackers, target illuminators, fire control software and thermal management systems. The goal of this RFI is to enable a next generation HEL system for future HEL platforms. The technologies this RFI is focused on are the HEL, the BCS, and the fire-control software.

High Energy Laser (HEL) and beam control technologies have matured over the past decades to become viable battlefield assets. The High Energy Laser Mobile Test Truck has a 50 kW-class laser system integrated on a Heavy Expanded Mobility Tactical Truck (HEMTT), which has a 32,000 pound capacity. The second generation HEL systems are more compact and militarized for use on the battlefield, the HEL Tactical Vehicle Demonstrator (HEL TVD) will be integrated onto a Family of Medium Tactical Vehicles (FMTV) and the Multi-Mission HEL (MMHEL) on the Stryker platform. The next phase of HEL development is leaning towards ruggedized and condensed packaging of HEL weapon systems to be mounted on even smaller platforms used in future HEL platforms, along with improving their lethality.

The primary objective of this RFI is to collect and evaluate information pertaining to high energy lasers and beam control subsystems, and the fire control software. The enhancements of power and thermal systems needed to carry out the effectiveness of the HEL weapon system will be the primary focus of a future RFI.

The goal of this RFI is to identify HEL and BCS subsystems that significantly reduce the Size, Weight, and Power / Cooling (SWaP-C) requirements of the overall HEL system, while significantly increasing overall system efficiency. Advances in fire-control software are also desired. Engagement times for future HEL platforms will be considerably shorter and the fire-control software should receive the cue and automatically select and maintain an aim-point on the target. HEL firing, automatic and manual, will be determined by the operator. Fire-control software will need to acquire and track targets in degraded weather conditions and in low-contrast scenes.