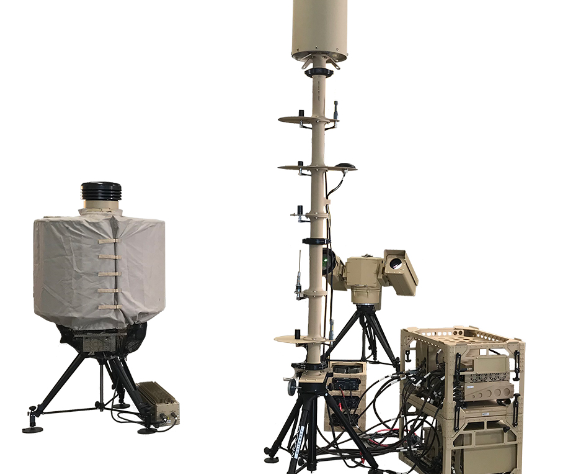 The US Defense Security Cooperation Agency (DSCA) has approved the sale of 10 Fixed Site-Low, Slow, Small Unmanned Integrated Defeat Systems (FS-LIDS) and Coyote Block 2 interceptors, as well as associated equipment and services, according to a report published by Janes, and covered by UAS Vision.

“The FS-LIDS is a ‘system of systems’ developed by SRC Technology for the US Army and uses the company’s AN/TPQ-50 counter-fire radar and electro-optic cameras to detect and track small UAVs. Targets can be engaged using an electronic warfare system or Coyote interceptors.

“The Coyote was originally developed by Raytheon as a multi-purpose disposable UAV/loitering munition. The Block 2 has a small jet turbine engine, making it faster than the propellor-driven Block 1, and the original’s fold-out wings were replaced with fixed ones along the side of its fuselage, making the new variant look more like a missile than a UAV.

“While Raytheon has not published performance specifications, it has released a video showing Coyote Block 2s destroying several UAVs with proximity explosions during tests at the Yuma Proving Ground in August 2021.

“The Coyote is used with Raytheon’s Ku-band Radio Frequency System (KuRFS) multifunction radar, which the company says can detect a 9 mm bullet, making it ideal for identifying small aircraft in a cluttered environment.”